Derby clash to be held behind closed doors at National Stadium 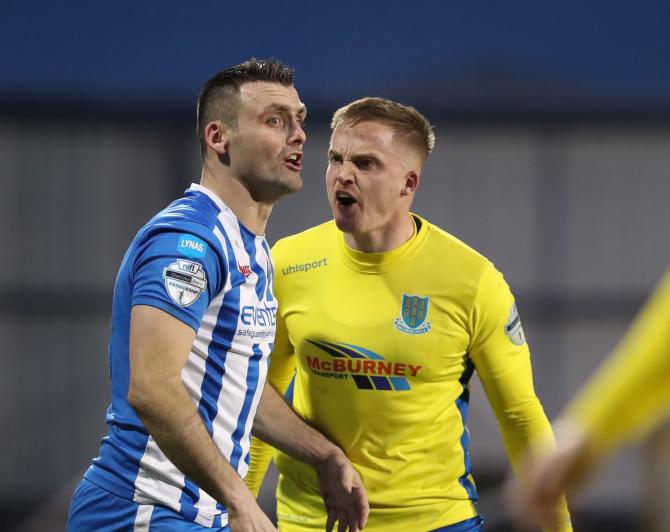 Coleraine and Ballymena Utd will renew rivalries later this month.

COLERAINE and old rivals Ballymena Utd will meet in the first of the two Irish Cup semi-finals on Monday July 27 it has been confirmed.

The provincial clubs are due to meet at 4pm at the National Stadium in Belfast.

The second semi-final between Cliftonville and Glentoran will take place later the same evening at the same venue.

Both matches will be held behind closed doors.

However, better news for supporters is that the semi-finals and final, which takes place on Friday July 31, will be shown live by BBC NI.

The final of the Sadlers Peaky Blinders Irish Cup will take place at 8pm.

Should the Bannsiders win the trophy, then the coveted third European spot would go to the third-place finishing team in the Danske Bank Premiership, Crusaders.

Otherwise, the winners of the cup will earn themselves a Europa League qualifying spot.