Another one ticked off... 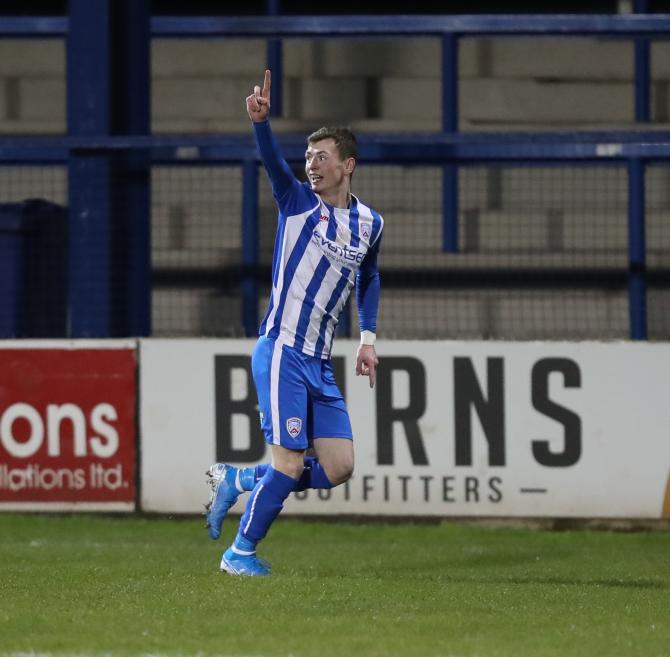 COLERAINE strengthened their grip on second place in the Danske Bank Premiership on Tuesday evening thanks to a 2-1 victory over Glentoran.

January recruit Stewart Nixon scored his first goal for his new club early in the first half before turning provider for strike partner James McLaughlin to score his third in four games shortly after.

The Bannsiders could and should have added to their tally before half-time but it remained 2-0 at the break.

Glenavon manager Gary Hamilton rang the changes at the break, introducing some steel in the shape of Calum Birney and Robert Garrett, and the move paid off.

The Lurgan Blues looked a much better outfit in the second period, helped in some way by switches made by home manager Oran Kearney.

That said, the industrious Nixon passed up a glorious opportunity to make the points safe when he miskicked from virtually on the line just after the hour mark.

Glenavon took full advantage, pulling a goal back with 15 minutes remaining, Conor McCloskey beating Chris Johns with a well-struck free-kick on the edge of the box.

The Lurgan Blues were enjoying their best period of the match at this stage and created a number of half chances to level the match.

However, this Coleraine side is experienced in the ways of seeing out games and they did so again successfully here.

Marshalled by Aaron Canning, one of the players of the season, Coleraine's defence stood firm to record an 18th league win of the season and remain hot on the heels of league leaders Linfield.

In the evening's other games, Cliftonville and Crusaders drew 0-0 while Dungannon Swifts condemned Ballymena Utd to a 17th league defeat of a forgettable campaign.

The north Belfast rivals are both now ten points adrift of the Blues with eight games remaining while the Swifts leapfrogged David Jeffrey's side at the foot of the table.