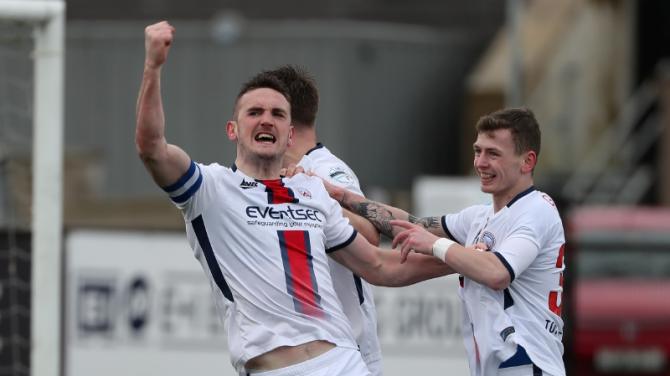 COLERAINE captain Stephen O’Donnell believes he and his colleagues are hitting their stride at just the right time.

The skipper, who has fought his way back to fitness following several months out injured, led the club to a first League Cup triumph in over 30 years earlier this month.

And the big Derry man hopes that the 2-1 victory Crusaders at the National Stadium may be the prelude to further success,

“We always talk about being hungry in our changing room and going and trying to be successful,” said O’Donnell in the wake of Saturday’s 4-0 defeat of Institute.

“We’ve seen teams around us lift trophies and be successful, so why can’t we be part of that group? Why can’t we go and do it together?

“Winning the League Cup was a wee boost for us in the sense that it gives you a taste of winning. Why can’t we go again and win something else this year?

“But that’s probably looking too far ahead. Our focus now is solely on Larne and Friday night,” he added.

*Read all the reaction from last weekend's win over Institute aswell as previews for the Irish Cup clash with Larne inside this week's Chronicle.