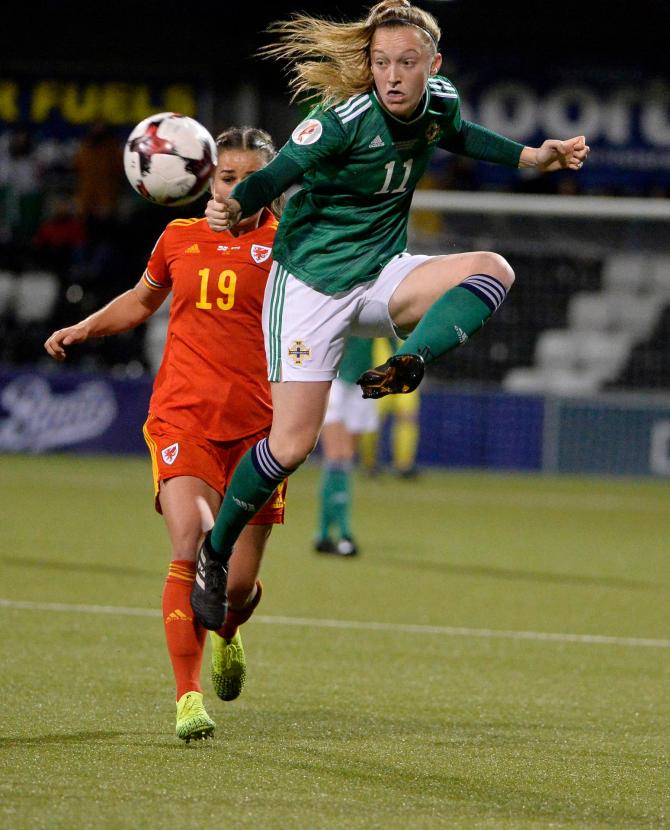 The 26-year-old Coleraine lady joins the Petershill Park outfit fresh off the back of winning the league with Icelandic side Thróttur Reykjavík. Wade becomes City boss Peter Booth's third signing of the closed season.

City has dominated football in Scotland in recent years and will be chasing their 14th consecutive title when the new season kicks-off on Friday evening.

Speaking on her latest move, Lauren Wade told the club's social media channels: “I am absolutely delighted to have signed for Glasgow City.

“I can't wait to get started and looking forward to the season ahead,” she added.

The former Dunluce pupil could be in the mix for Friday evening's fixture against Old Firm giants Celtic in the opening game of the new season. Wade and her new teammates will be working hard this week as they prepare to start their new campaign in three days time.

No stranger to success in recent seasons, Wade has played in all four of Northern Ireland's recent Euro Qualifiers this campaign having impressed during her spell in Iceland. Earlier in her career, she enjoyed a successful stint playing in the United States of America at Carson Newman.

You can keep up to date with all the action from the clash between Glasgow City and Celtic live on BBC Alba from 7:30pm on Friday evening.

*Read the full reaction inside next week's Chronicle.