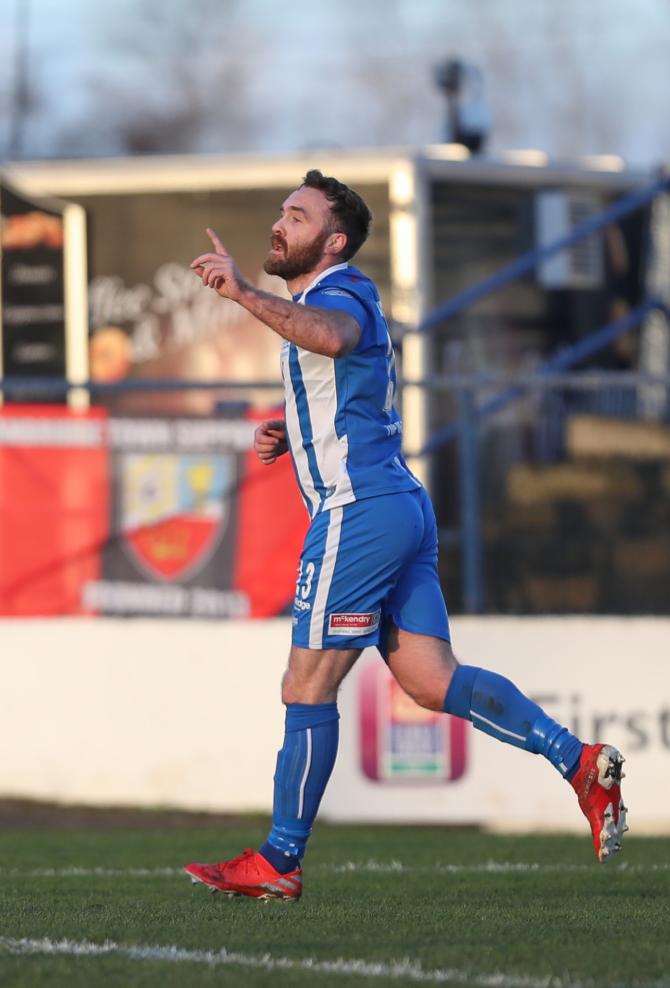 Emmett McGuckin came off the bench to score twice as Coleraine defeated Banbridge Town at the weekend.

IT was a busy old week on the Coleraine FC beat.

First up, there was a special meeting on Tuesday evening to discuss plans to merge Coleraine Academy and Bertie Peacocks Youths.

First team manager Oran Kearney laid out his vision for the future, one which he hoped would be in the best interests of young footballers in the town.

Most agreed with the direction the Bannsiders' boss was wanting to take youth football.

A couple of days later and we were back at the club, this time for more good news, this time concerning the first team squad.

With the clock ticking down on transfer deadline day, Oran Kearney produced not one, but two, rabbits out of his hat.

Around 8pm, Stewart Nixon signed on the dotted line from Carrick Rangers, the former NRC student putting pen to paper on a three and a half year deal.

Nixon admitted turning down advances from a high profile club to throw his lot in with the Bannsiders and cited the importance of Oran Kearney in persuading him to commit his future to the Showgrounds club.

Notably, as we were getting acquainted with the 22-year-old forward, Oran Kearney's phone was red hot.

A short time later we discovered why, when it was confirmed that one-time Coleraine favourite Curtis Allen was on his way back.

A firm hit with supporters in his first spell at The Stripes during Oran's early tenure, Allen only left the club to take up the opportunity of full-time football in Scotland with Inverness Caledonian Thistle.

When that ended and Coleraine were in no position financially to entice him back, the 31-year-old ended up at Glentoran where he spent six years before being released by current Glens boss Mick McDermott.

His, admittedly unexpected, return has been warmly welcomed by everyone at the club: could he be the right man at the right time to help Coleraine get over the line as they chase glory on three fronts?

Finally, on Saturday, Coleraine took care of business on the field of play as they produced a professional performance to dispense of lower league Banbridge Town in the Sadlers Peaky Blinders Irish Cup.

That win secured them a quarter-final tie away at Larne at the end of February, in a repeat of a clash between the clubs at the same stage 12 months ago.

The mouth-watering clash will be televised live by the BBC on Friday February 28 - one to look forward to.

Before then, of course, there are many other big games - starting with a top of the table league clash away at Glentoran this weekend.

The Oval outfit have made great strides this season, on and off the pitch, and have certainly been bullish about their ambitions.

A huge challenge awaits then, but Coleraine have shown time and time again that they are capable of producing big performances when it matters.

* For in-depth coverage of a busy week, make sure and get your copy of The Chronicle, in shops now.