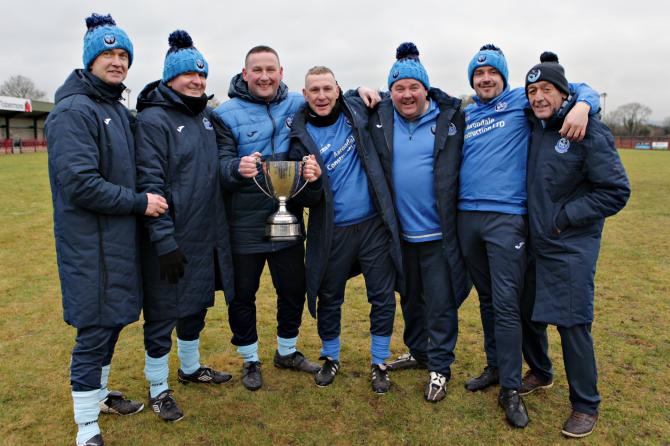 A single Mark Edgar goal was enough to defeat Moyola Park over the Christmas holidays and secure the north coast club a first Craig Memorial success in 11 years.

The win in front of a big crowd at Fortwilliam Park continues the club's good recent form which has seen them take over at the top of the Bluefin Sport Premier Intermediate League.

And ambitious Law, a former Reserves manager at Danske Bank Premiership club Coleraine, wants the festive victory to be the catalyst for further success.

"Hopefully this can act as a springboard for the rest of the season now," said Law.

"We have to use this to drive us on."

Check out Tuesday's Chronicle newspaper for a two-page special on Portstewart's momentous win.