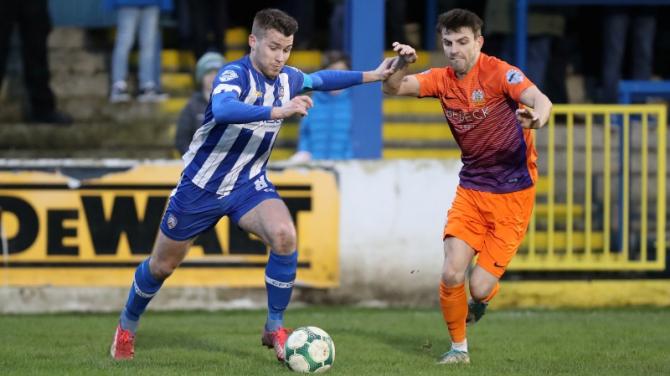 On the one hand he was pleased with his players’ performances while on the other he was disappointed that they hadn’t taken maximum points from the game.

“Maybe we didn't do enough in the final third in the first half to work Johnny Tuffey.

“But I thought our level of commitmenr and desire was very good and it was important for us to compete.

“The last two games against them we threw the towel in so this was a big improvement and there a lot of positives to take from game."