The Northern Health Trust’s Medical Director, Dr Seamus O'Reilly talks exclusively to the Chronicle about the crisis's 'eerily quiet' early stages, ventilators, and how plans to keep the hospital Covid-free have changed. 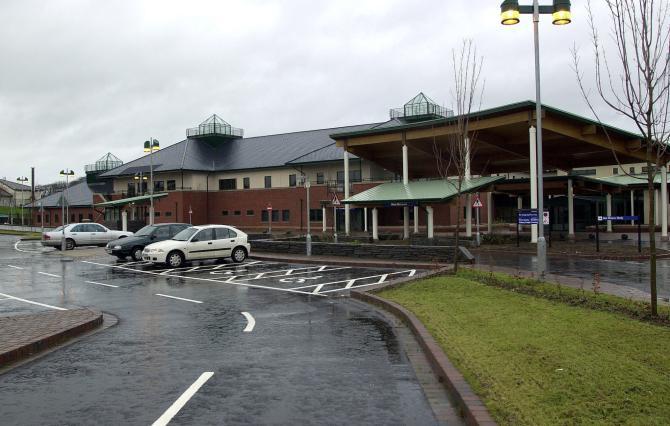 What was the experience of Causeway Hospital staff in the early days of the crisis?
There was a reduction of between 50 and 60 percent in the Emergency Department. So it was almost quite eerie to be walking around a department that a few weeks earlier was extremely busy.
There was obviously a certain amount of anxiety, but staff worked so hard to come up with solutions.

What arrangements for dealing with the crisis have been made at the Causeway Hospital?
We are, like everyone else planning a phased approach because we don’t really know what the surge is going to be like. We assume the worst and work back from that. And hopefully it will be better than we thought.
So in Phase 1, we looked at a downturn in some of the routine work, like outpatient work, some of the elective surgery being carried out, and we replaced it with some quite innovative ideas.
We moved towards virtual clinics rather than face-to-face. There has been quite a bit of learning on that and actually patients seem to appreciate that there is at least some contact and some advice given to them.
Phase 2 came in at the end of March. At that stage we became aware that we needed to separate both Covid and non-Covid patients.
So we first created areas, including areas in ED, which we could say were Covid-free and other areas were we could take people that had symptoms to assess them.
That’s when we saw people step up to the mark. Staff from the estates department were coming in the early hours of the morning staying late at night doing work that was required like building stud walls, putting doorways in, all sort of stuff.
We had thought initially of keeping Causeway as Covid-free as possible. But the difficulty with this disease is that some people were presenting with other problems -  it might have been a surgical problem or a medical problem – and within 24 or 48 hours they were displaying symptoms and were found to be Covid positive.
We had to accept that there is going to be a cohort of Covid patients up there.
The staff have managed to cohort them, put them into the areas were they can be treated using the appropriate care and protective equipment.

Will Causeway be providing intensive care?
The plan initially is to keep intensive care in Causeway for non-Covid patients. Now there is a bit of a caveat to that because nothing is straight forward with Covid.
Any patient that requires level 3 care - level 3 care in simple terms is somebody who’s connected to a ventilator - they will be transferred to Antrim Area Hospital.
But patients who require maybe a lower level of care, who require non-invasive ventilation, will still be managed in Coleraine.
They will be managed - up to four - in critical care beds.

How many respiratory consultants are working at Causeway?
We have four respiratory consultants in Causeway and that’s really fortunate. We haven’t brought in any more than usual, it's just that we have been successful  in attracting people to posts up there over the last year.
So it’s been fortuitous, if anything else.
I think its fair to say there is a very comprehensive plan. We got to Phase 4 in April and Phase 5, which we hope we don’t reach, is converting sequentially different areas (of the hospital) to deal with Covid.
If we reach phase five, level three patients will be kept in Causeway, which means ventilated patients will be kept in Causeway.

The figures indicate CCG area is suffering less than other parts of the Province. Do you have any advice to people who might be feeling complacent?

Despite what we have heard in the news over the last few days, I think the mistake everyone could make would be letting down our guard?
They need to comply with the advice which is: social distancing, stay at home, only go out for essential travel and be patient. There will be the temptation to go out and go to beaches and I would just say don’t!
Although we might see a plateauing, that could all be undone very easily. And what we could see then is a further increase in numbers of cases. And with increasing numbers of cases will come increasing numbers of deaths.

Could Causeway Hospital be overwhelmed?
Yes. It has the potential to do so, absolutely. But we like to think we have planned well for that and have contingencies in place that will allow us to deal with a surge should it be the worst case scenario.

Are you confident in the staff’s ability to cope? And how is morale so far?
I met quite a number of staff yesterday (Thursday) obviously maintaining social distancing, and they are obviously still a bit worried, but probably not as worried as they were a the beginning of this.
They are very professional and they are working really well as a team. Morale is really high on the Causeway site.
They all want to do their best for the patients in Causeway Coast and Glens.
We have been living morning, noon and night with this, and the people up there should be very proud of their hospital and very proud of their staff. Because they have been exceptional. They have stood up and they are providing really excellent care.