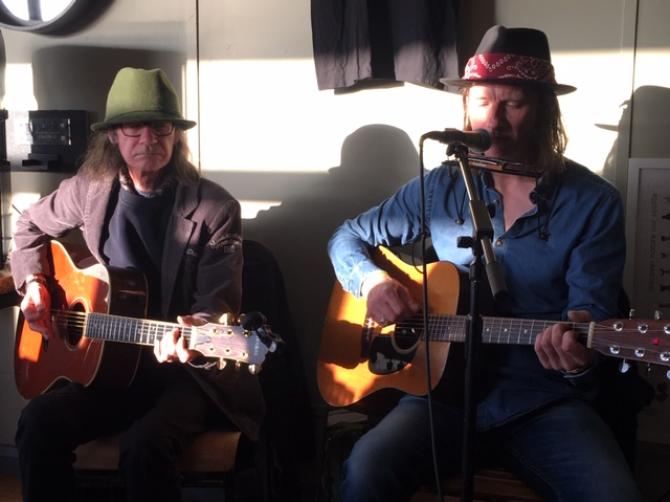 HE´S been playing guitar for as long as he can remember and gigging for nearly as long.

But for ´Wee Doc´, real name John Doherty, and hundreds of his fellow musicians, these are troubling times.

With venues closed and people ordered to stay at home, artists are feeling the pinch as much as anyone in the current climate.

Many are self employed and rely on live dates to earn an income.

Which is why ´Doc,´a founding member of legendary north coast band Xdreamysts and current sidekick to Tony Villiers in the eponymously entitled Tony Villers and the Villains, is feeling a little off key just now.

"It´s dreadful, ´cause we´re not used to not performing," Doc told me when I caught up with him recently.

"Playing gets your tensions out, y´know.

"Help Musicians NI have been helping, they gave me a grant, but the government says it might be June before there´s a package there for the self employed."

With no end to the pandemic in sight, the situation doesn´t look it will get better any time soon.

"The feeling´s one of depair to be honest, but you´ve just got to be hopeful and pray," continued the Coleraine man, now living in Bangor.

And, when the day finally comes when all this is over, where would ´Doc´ want to play his first gig back...

"The American Bar at Dock Street in Belfast, the spiritual home of Villers and the Villains!" is the immediate answer.