A legacy to be proud of: Rosemary 's fundraising has helped dozens of charities over the years 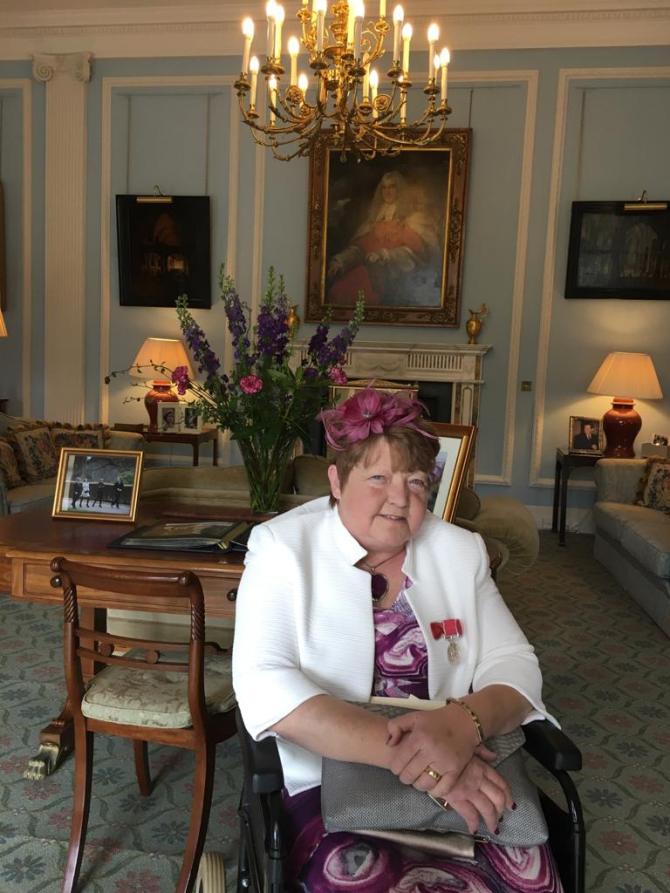 The late Rosemary Dunbar pictured at Hillsborough Castle in 2018 when she received her B.E.M awarded by HRH The Queen.

IN LIFE, Bushmills woman Rosemary Dunbar was a force to be reckoned with, and after her passing, the legacy she has left to many charities in the area will never be forgotten.
For Rosemary, who battled her own ill-health for decades, raised almost £80,000 in charitable fundraisers over the years, making a massive difference to peoples' lives as she did so.
Rosemary will have been a familiar face in and around the town as she fronted 'Bushmills record and video shop' for years.
At the family home in Eagry Park, Rosemary's son Nicholas, her sister Jackie McKeeman and her friend Betty Calvert were keen to point out just how hard she worked for other people, despite facing her own hardships over the years.
Nicholas said: “Mum was very sociable and loved the chat of people coming in and out of the shop in Bushmills.  Those were the days when people hired videos and records so would have been in and out quite often."