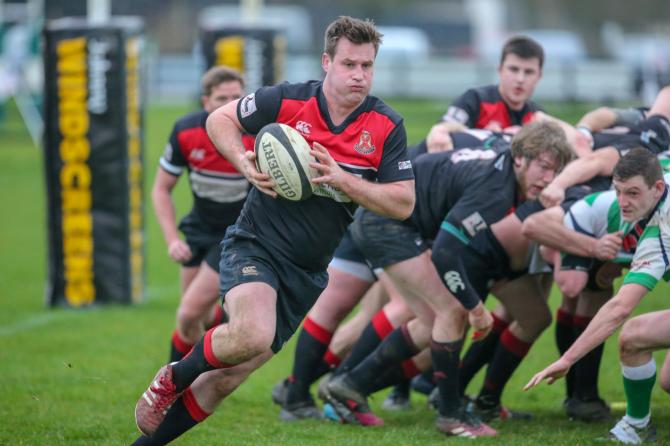 Jody McMurray helped Limavady get the better off Omagh in the Towns Cup at the weekend.

Limavady recorded a terrific 11-10 win over a strong Omagh Second XV, the county Tyrone club bolstered by the inclusion of several members of the First XV.

A try from Stewart Roddy proved the decisive score on an afternoon when defences were generally on top.

Ballymoney, however, fared less well, going down 18-10 at home to Clogher Valley.

The unavailability of several key players proved too much of a burden for the 'Toon' who turn their attentions back to league action this weekend.

An away trip to Larne awaits as the north Antrim men target a top four finish.

For reports and pictures, see this week's Chronicle.