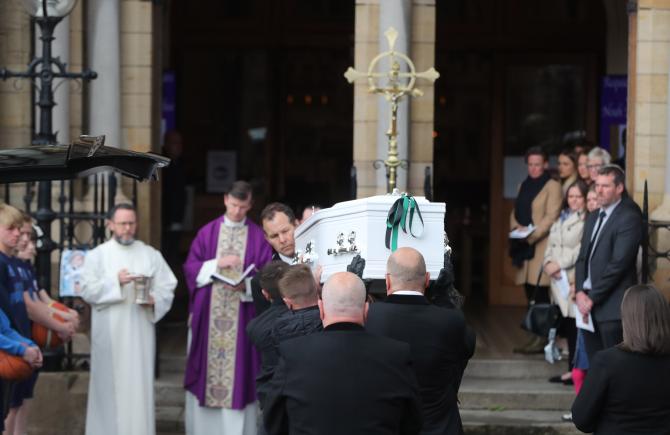 MOURNERS at the funeral of schoolboy Noah Donohoe have heard how a sense of 'shock and disbelief' had gripped the community since news of his death emerged.

Fr Michael McGinnity added that many people had been consumed by sadness during a private funeral service for the teenager in Belfast's St. Patrick's Church on Wednesday.

"People everywhere are united in their heart-felt sympathy towards you and the wider family circle," he said, addressing Noah's mother Fiona.

The body of Noah Donohoe was found in a storm drain in north Belfast on Saturday.

He had been missing since Sunday June 21.

Members of the local community assisted the PSNI and Community Rescue Service in searches for Noah.