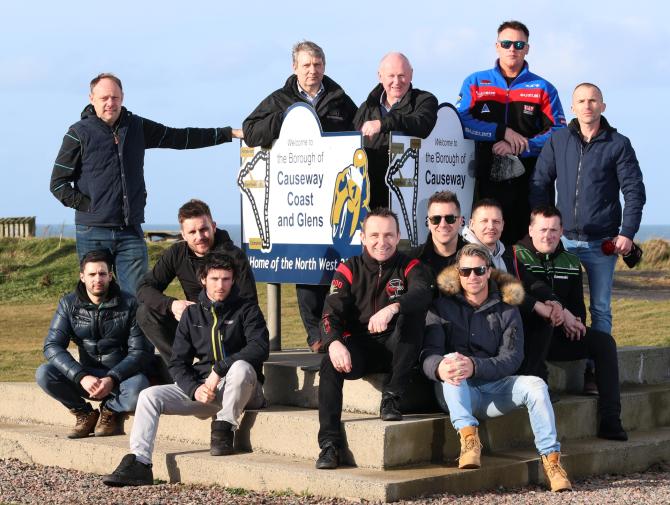 NW200 Event Director Mervyn Whyte (back row, third from left) pictured with some of the newcomers who had been looking forward to competing this year. Hopefully, they'll be back again in 12 months.

JUST weeks after it should have taken place, the International North West 200 road races has received a boost - thanks to Causeway Coast and Glens Borough Council.

May's event was cancelled because of the coronavirus pandemic, whilst there were growing fears that next spring's races could be under threat because of financial pressures.

However, the local authority has given its backing to race organisers, pledging over £60,000 to ensure that 2021 will take place as planned.

The news has been welcomed by North Antrim MP, Ian Paisley, a well-known motorsport fan.

“This crucial money will cement the running of the international NW200 in 2021," said the DUP man.

"The North West was in the treacherous position that it was possibly not going to survive.”

There was also good news for other major events at Tuesday evening's council meeting, including for the award-winning Stendhal Festival in Limavady.