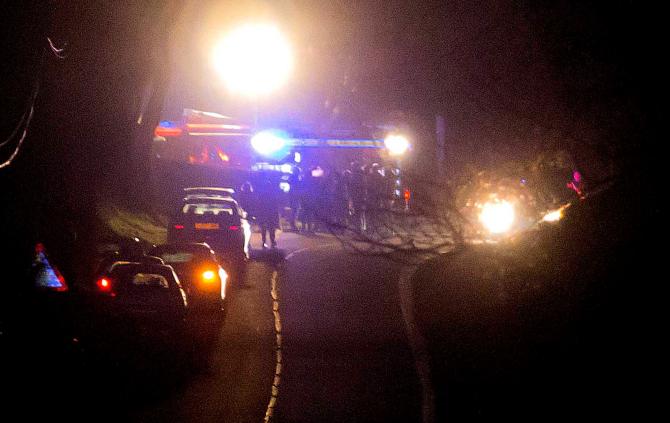 A WOMAN appeared in court yesterday (Monday) accused of causing the death of a man who suffered fatal injuries in a crash on the Drones Road, Armoy, last month.
Isabella Sequetto Terror, whose address on court papers was listed as Upper Knockbreda Road, Belfast, appeared briefly in the dock at Coleraine Courthouse.
The 27-year-old is charged with causing the death of Francis  Watson by careless driving on February 6.
Her barrister asked for the case to be listed at Antrim Magistrates court today (Tuesday) for an update and bail variation application.
He added that his client's family had accompanied her to court.
District Judge Benita Boyd, sitting at North Antrim Magistrates Court, agreed to adjourn the case until today (February 25).
Terror left the courtroom with members of her family who had been sitting in the public gallery during the short hearing.
Following the fatal two-vehicle collision at around 6.45pm, tributes were paid to Mr Watson, who was known as Fra. The father-of-three was described as a “fantastic character and a fantastic individual.”
A white Volkswagen Golf and a silver Kia Picanto were involved in the crash. Three emergency ambulance crews and a doctor were dispatched to the accident scene which was closed while investigations took place.
Mr Watson is survived by his parents Gerard and Mary, brother Patrick, children Jessica, Cian and Eoin and partner Roisin.
His funeral took place on Sunday, February 9 at St Patrick's and St Brigid's Church in Ballycastle before Mr Watson was laid to rest at St.Olcan's Graveyard, Armoy.