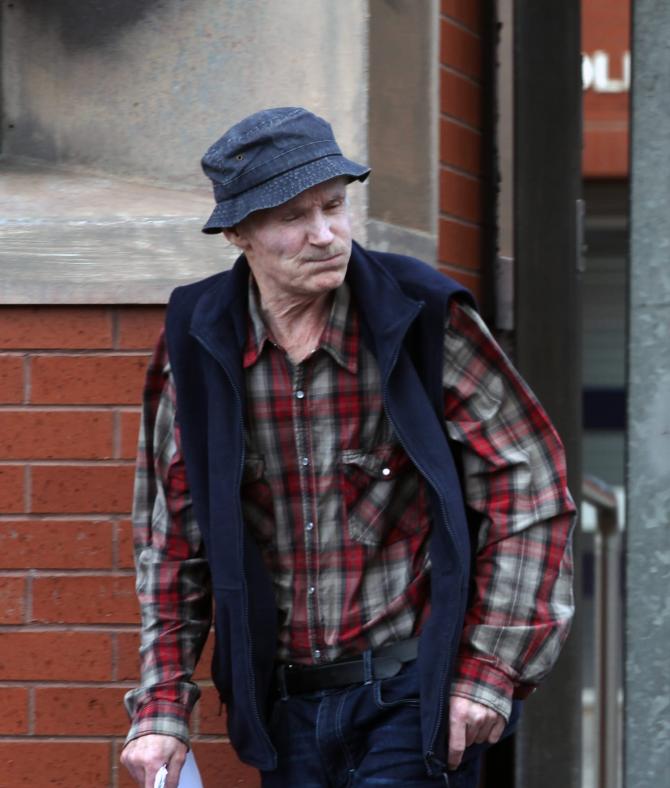 A LOUGHGUILE pensioner who was found guilty of assaulting his neighbours with a hurling stick during a dispute over noise has been ordered to pay £100 compensation to a female victim.
The case of Noel Francis Traynor (73), of Lough Road, was heard during a contested hearing at North Antrim Magistrates' Court, sitting on Thursday, February 20.
The defendant pleaded not guilty to assaulting a male and a female, who are husband and wife,  in October last year.
However, District Judge Alan White convicted Traynor guilty of both common assault charges.
The court heard that during the evening of October 12, police were called to a domestic dispute between neighbours in Loughguile. When officers arrived, it emerged that the incident had been sparked by noise.
The female victim, Tara Mulholland, who claimed that Traynor hit her on the head with a hurling stick, gave a detailed account of her recollection of the incident. The court heard that after 10pm, the defendant returned home and began“shouting and banging on the walls” of his property which disturbed Mrs Mulholland and her family. The court heard how Johnny Cash music could be heard playing from Traynor’s house and at one stage, the music is said to have been playing through the night until 8am.
Mrs Mulholland said she had tried to resolve the issue with Traynor. But, when she knocked on the window of his home, he had confronted her with a hurling stick.
Tempers flared and Mrs Mulholland's husband Hugh and their son also came outside to find what was going on. The court heard how Traynor had swung the hurl in the direction of Mr Mulholland.  However, a further blow struck Mrs Mulholland on the head, causing bruising to her forehead. Pictures showing her injuries were handed in to the court.
Giving evidence, Hugh Mulholland said that he had an amicable relationship with Traynor and, although they did not really speak much, he had offered to paint a window at the defendant's property in the past. Mr Mulholland said that a short time after he had gone outside the family home, he was followed by his son who took the hurl away from the defendant.
Traynor denied making any noise on the night in question adding that he was listening to music at a level he described as “listenable”. He had felt that his window was "banged" rather than knocked. The court heard how Traynor felt “intimidated and threatened” and “feared for his life” and he insisted that noise-related incidents had been on-going for six months.
The pensioner told the court that he was unable to sleep at night and was often awake early in the morning. He said that he had taken advice from Environmental Health and gone to see his GP because of the noise problem as he felt that it was affecting his health.
However, the prosecutor referred to a police statement when Traynor had admitted that he intended to hit Hugh Mulholland on the night in question. Traynor also admitted swinging the hurling stick twice that night and said he had been making noise just to get back at his neighbours. The prosecutor closed by telling the Judge she believed that the defendant's intention was to arm himself with the weapon.
Defence Barrister Alan Stewart said there were “inconsistencies surrounding the mechanics” in which the defendant had used the hurling stick, adding that he felt the Mulholland's son “had a role to play”.
District Judge Alan White said: “Neighbour disputes are the most difficult thing before the court. Life is too short.”
The judge added that he hoped the situation would improve and referred to Traynor's age, adding that noise had “given rise” to the situation. However, he felt that there was “no doubt” that the pensioner, who had lived at the address for 24 years, had swung the hurling stick.
In addition to £100 compensation for Mrs Mulholland, Traynor was  bound over to keep the peace for a year. He was also ordered to pay a £15 offender levy and Judge White made a destruction order for the hurling stick.