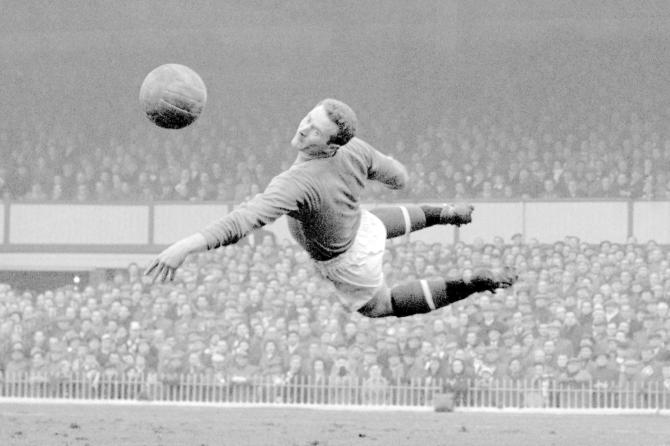 FORMER Manchester Utd manager Sir Alex Ferguson is expected to be among hundreds of mourners attending a funeral service for Harry Gregg OBE in Coleraine on Friday.

Sir Alex, the most successful manager in the club's history, enjoyed a friendship with Harry, dating back to his days in charge of Scottish Premiership club Aberdeen.

The two remained lifelong pals, the Scot sending teams from Old Trafford to stay with Gregg in his Windsor Hotel in Portstewart when they competed in the Milk Cup youth football tournament.

Harry Gregg, a member of the famed 'Busby Babes' team, passed away in Coleraine's Causeway Hospital on Monday morning following a short illness.

Aged 87, he earned fame for his bravery following the Munich air crash in February 1958, when a plane carrying the Manchester United first team, management and journalists crashed on the runway at Munich-Riem Airport.

Twenty people lost their lives in an incident which sent shockwaves through the footballing world.

Harry Gregg was praised for his actions in the immediate aftermath of the accident, returning to the stricken plane on a number of occasions to pull passengers from the wreckage.

Incredibly, the Coleraine man, raised at Windsor Avenue in the shadow of the Coleraine Showgrounds, was back playing for the club 13 days later.

And just a few months after that he was starring for his country as Northern Ireland competed in its first ever World Cup finals.

He was voted 'goalkeeper of the tournament' in Sweden as Peter Doherty's side made it through to the last eight before finally succumbing to France.

But those feats were simply the mark of the man.

He never had it easy and, I suspect, wouldn't have wanted it any other way.

He was a fighter his whole life.

He fought to get a game for hometown club Coleraine and, when he got his opportunity, never looked back.

Transferred to Doncaster Rovers at the age of 18, his performances brought him to the attention of Man Utd, then, as now, one of the world's greatest football clubs.

Signed by Sir Matt Busby for a then world record fee for a goalkeeper of £23,500, Gregg became an integral part of one of the most exciting football teams Britain has ever produced.

Featuring the talents of the late Duncan Edwards and a young Bobby Charlton, United looked to have the footballing world at its feet.

Only for fate to intervene on a snowy runway in Germany.

Harry spent nine years in Manchester but luck was never on his side.

He missed out on a number of medals because of various injuries and ended his playing career at Stoke City, perhaps never getting the rewards he richly deserved.

Moving into management, he had spells in charge of teams in England and abroad before finding his way back home to the north coast where he went into business and raised a family.

But football was never far from Harry's thoughts and, at various times, he came out of retirement to help coach or manage a succession of local clubs including Portstewart and Coleraine.

His training sessions were legendary. Resolutely old school in approach, Harry had a greater undertanding of the game than many gave him credit for. Keeping it simple was his mantra.

In later years and after finally hanging up the boots, he gave his name - and his blessing - to the Harry Gregg Foundation, a charitable youth organisation in his native Coleraine which encourages young people to simply enjoy playing sport.

Even in his eighties, he could be seen on the sidelines at the university, peaking out from underneath his peaked cap with a mischievous look on his face.

He liked a bit of mischief, did Harry. I think it was his way of not taking life too seriously, enjoying the craic as we say.

Many's the time he would ring me at work, just for a chat, to find out what was happening at Coleraine FC or in football generally.

The thing is, he always knew more than me!

He would often stop mid-conversation and ask - 'am I boring you?' - to which I would think, how can you get bored listening to tales from football's golden age?

I'll remember those stories this week as preparations continue for Friday's funeral, as media from around the world arrive and high-profile guests gather to pay their respects.

But I'll remember, too, Harry's family, who will be privately grieving for a husband, father, grandfather and great-grandfather, while publicly sharing our memories of a great man.

Yes, he could be difficult at times, but, then, can't we all? And when you've lived the life that Harry lived, you owe nobody anything.

He always maintained that he wanted to be remembered, simply, as Henry Gregg, footballer, from Windsor Avenue in Coleraine.

But he will be rememberd, too, as a hero and a legend.

* A funeral service for Harry Gregg OBE will take place in St. Patrick's Church, Coleraine, at 12 noon on Friday, followed by interment in Coleraine Cemetery.

His funeral cortege will make its way to the cemetery via The Showgrounds.

Harry Gregg is survived by his wife Carolyn, daughters Linda, Julie, Jane, Suzanne and son John-Henry and is pre-deceased by his late daughter Karen.