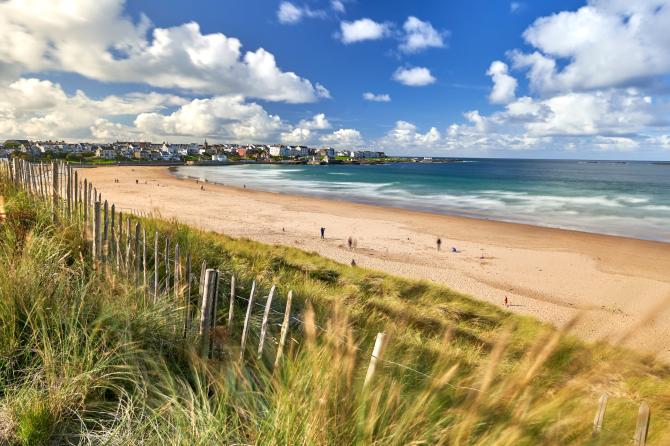 Car parking charges will be introduced at East Strand car park in Portrush.

A FIVE year spell of static rates came to an abrupt end on Thursday when Causeway Coast and Glens Borough Council voted for a hefty 7.65 per cent hike.

The increase, alongside new car parking charges and swingeing cuts across every service area, should plug a budget shortfall which effectively amounts to £7m.

Over three often bad-tempered debates, councillors fought as bitterly over measures to balance the books as they did over who was responsible for Cloonavin's financial woes.

The outcome left a significant number of members demanding further investigation into the management of accounts.

The hike will affect only the council's portion of rates bills for domestic customers.

It's expected to add between £28 and £58 to annual household bills, depending on the value of their property.

The level of efficiencies secured means businesses who are already facing Stormont-imposed re-evaluations of premises, will be unaffected.

A spokesperson for Causeway Coast and Glens Borough Council said the decision was taken in line with an efficiency programme which will 'deliver savings of £2.5m' and supported by an independent review of Council finances.

"For a rate payer in a domestic property with a capital value of £200,000 the increase equates to £1.07 per week," explained the spokesperson.

"Council remains committed to providing a quality service to its ratepayers, despite growing budgetary pressures, and over the last four years has applied minimal rates rises which have been the lowest across Northern Ireland.

"When Council formed in 2015, it inherited long term borrowing of £72.8m from its four legacy Councils. This type of borrowing is used to fund all capital projects carried out by Councils.

"Council’s most recent audited accounts confirm that Council’s total borrowing is £71.1m. Council is required to have arrangements in place which ensure that its spend on capital projects is affordable and sustainable. The audited accounts show that Council has complied with these requirements and Council will continue to monitor its level of borrowing to keep within the required level as set out in Local Government Finance Act (NI) 2011."