Cuts agreed but no rate struck 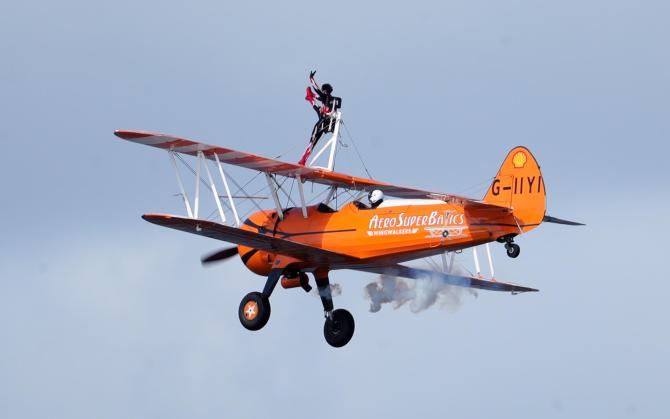 The Portrush Air Show looks likely to be a casualty of cuts being proposed by Causeway Coast and Glens Borough Council.

It was a bad day for Portrush on Wednesday as the resort paid a heavy price for the council's financial crises.

In a bid to reduce rates bills for householders across the borough, year-round car parking charges are to be introduced at two of the town's busiest car parks.

In addition the Portrush Airshow, which has been a fixture of the late summer for 20 years, has been cancelled and Waterworld closed down.

Along with a raft of other efficiencies, the meeting closed with savings of £2.3m secured.

Add in the borough-wide car park charging hike and the figure reached close to £3m.

It was a sum that would have allowed the council to strike a domestic district rate of 8.27 percent – an eye-watering increase compared to last year's 1.5 per cent, but well below some of the figures bandied around as the true extent of the council's financial woes emerged last year.

Even so, the meeting closed with members determined to secure further cuts.

The final vote of the evening was a DUP proposal to strike rates at 7.6 per cent.

Councillors are due to reconvene tonight (Thursday) in a bid to thrash out an agreement.

Keep up to date with The Chronicle via our website and social media channels and see Tuesday's paper for reports and analysis.