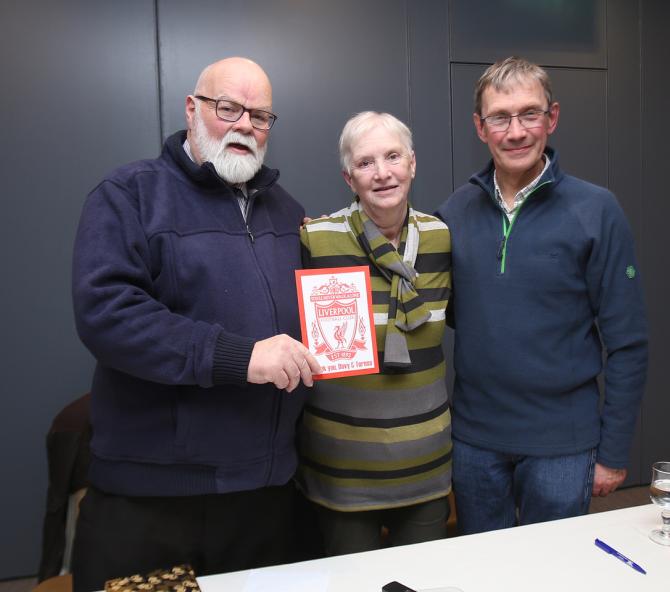 IT'S better to give than to receive.

Most of the time.

Sometimes, though, it comes as a nice surprise to get something back.

That was certainly the case for Coleraine's 'Caring Caretaker' Davy Boyle earlier this week.

After handing over almost £40,000 to a number of charities as a result of last year's fundraising efforts, he was stunned to receive something in return - a VIP trip to watch his beloved Liverpool FC.

Arranged with the help of Liverpool scout and fellow Coleraine man, Barry Hunter, and the generosity of close friends including Hugh Wade and wife Maggie, Davy and his wife Teresa will be special guests of the Anfield club later in the spring.

And, with the way Jurgen Klopp's side are performing, the couple's visit might just coincide with the Reds' first league title in some 30 years.

"I was absolutely stunned," admitted Davy.

"I wasn't expecting anything and then to be given this.

"I can't thank everyone enough for the lovely gesture.

"Teresa and I can't wait to go over, especially as it looks like finally being Liverpool's year!"

Davy, a former caretaker of Coleraine Town Hall, has raised well over half a million pounds for good causes.