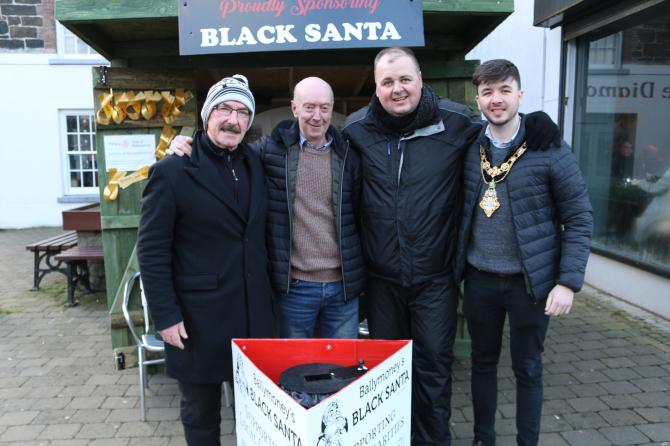 BALLYMONEY Black Santa Alastair Coyles admits he has “thoroughly enjoyed” his first year in the role.
The annual charity sit out commenced on Thursday December 12 and was brought to a close on Christmas Eve.
In a transitional year, the previous Black Santa Liam Beckett was also on hand to give Alastair some guidance as he puts his own stamp on the new role.
Money was raised for the traditional Black Santa charities. These are the Samaritans, CAN, Drop Inn Ministries, St Vincent de Paul and the Salvation Army, with one more, the Northern Ireland Children's Hospice, being added this year to make a total of six.
Speaking to The Chronicle, popular Country Singer Alastair insists he enjoyed the experience.
“At the start I didn't know what to expect as Liam is such a hard act to follow,” he said.
“Once I got into it and met some people that I knew, as well as getting some refreshments, then I began to thoroughly enjoy it."