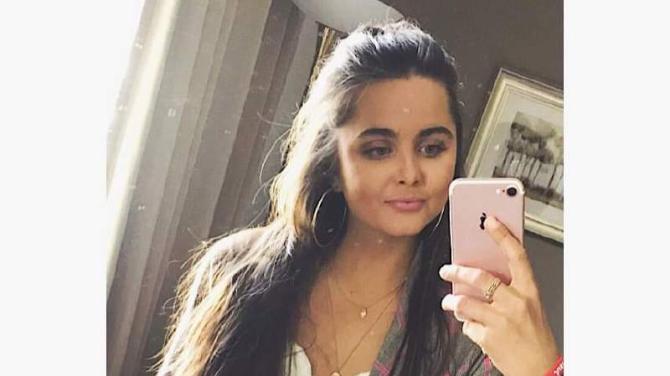 BALLYCASTLE woman Lucia Mee has urged families to use time together this Christmas to talk about organ donation.

Her plea comes just days after the 20-year-old was placed on the organ donor list for the fourth time and the community she and her family are a massive part of, rallied to fundraise to make life a bit easier in the coming months.

Lucia had her first liver transplant when she was just eight-years-old, followed by a second one a mere year later.

Her second liver lasted her over six years before she had her third transplant in 2015.

It was when the former Cross and Passion College pupil was recovering from her third transplant that she came up with the idea of the 'Live Loudly Donate Proudly' campaign - a group which aims to educate the public, allow people to communicate about organ donation and enable people to open conversations regarding being an organ donor.

She said: “Lots of families don’t get much time these days to be together, but Christmas is a great opportunity when everyone is about to have that talk.

“To let your family know that in the event of your death you want your organs to be donated is a move which will be the greatest gift.

“Often the conversations are difficult to begin with, but persevere and know that something good can come from the loss of a loved one. I wouldn’t be here today without the selflessness of my donors and their families.”

Earlier this week Lucia was in Kings College Hospital, London after being referred there due to her specialist centre in Birmingham deeming her case too risky.

Lucia, who was awarded a British Empire Medal .in 2017 for her work to promote organ donation said: “It feels a bit like deja vu and very surreal to be saying this, but it has become clear that I am now in need of a fourth liver transplant. My normal specialist centre in Birmingham felt that my case was too risky and so they couldn’t put me on the list, but both Birmingham and Belfast felt I should be referred to Kings College Hospital in London.

“After speaking to the team at Kings, we have been told that the doctors are willing to take me on...they seem confident that we can work together and that the outcome will be positive.

“I have always felt so much trust and love for my team in Birmingham, but it seems the only way to do this is to try something different this time, Kings have shown so much expertise already that I feel this is where I need to be at this point for this journey to happen.”

As a result of Lucia being in hospital and needing specialist medical attention, it’s only right her family are at her side – this means time off work for David and a worrying wait for the entire family.

The Quinney Mees are very well thought of in the community, with David an almost permanent figure on Rathlin Island due to his work, the community there and in towns and villages across the province wanted to help in any way they could.

A fundraising page was set up to help the family cope with the major expenses of living away from home for an uncertain period, and the community rallied immediately. See page 5