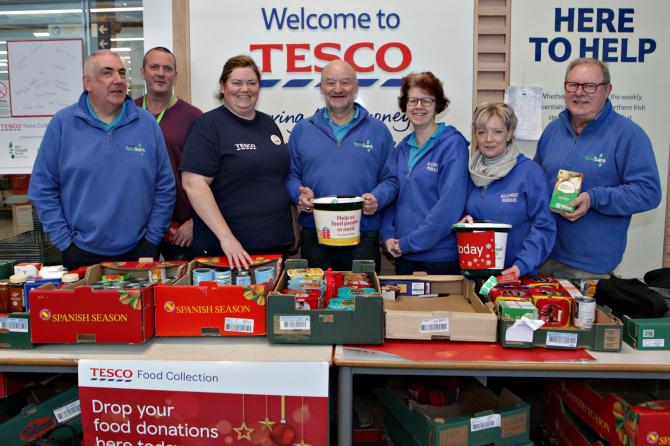 THE annual Tesco collection for Ballymoney Foodbank was held on November 21-23 with the public donating an incredible 2035 kilos of food and £1178.67 during the collection.
Describing this as a "massive success" Ballymoney Foodbank has also revealed that almost 60 tonnes of food has been given out since they formed almost six years ago.
Co Director Peter Rollins said: “Once again the generosity of the Ballymoney public was overwhelming and I wish to thank all those who donated food, toiletries and money.
Co-Director Jarlath Hegarty advised that the demand for help from Foodbank as been steadily increasing with referrals being received from numerous statutory and professional organisations.