Stop signs going up at last on Gracehill Road junctions 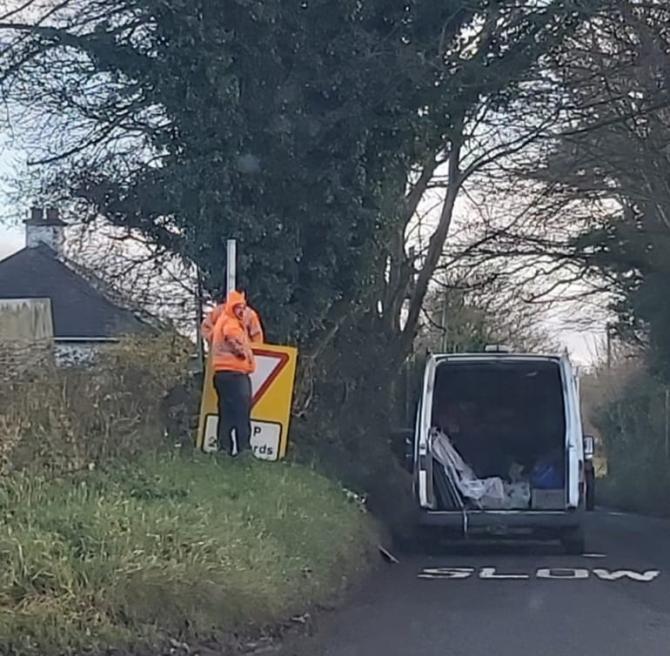 Stop signs being erected on the Fivey Road junction with Gracehill Road, known as Walkers Cross.

FINALLY relenting to the pressure created by months of hard lobbying and campaigning, the Department for Infrastructure has begun work erecting Stop signs at two notorious Gracehill Road junctions.

Eight serious accidents, including one fatality and many near misses have occurred at the Bregagh Rd (Clintyfinnan) and Fivey Road (Walkers Cross) junctions in little over a year.

Many groups and individuals including the Life After charity, Farmers for Action, Save the Dark Hedges and the US Consul were involved in the successful campaign to see Stop signs erected.

"It is great to see Road Service changing these signs after listening and engaging with local representatives and organisations from across the community, who championed the changing of these signs from Give Way to Stop.

“While I realise it may not the absolute solution it is a step which will help to prevent further accidents.”

Mr Swann along with Cllr Joan Baird and William Taylor of Farmers for Action, had met with Katrina Godfrey Permanent Secretary at the Department for Infrastructure (DFI) on October 30.

The received a commitment that STOP signs would be erected by November 27, with rumble strips and road re-alignment also to be completed promptly.

Whilst DFI were cutting it fine, it is welcome news that the signs are at last going up.