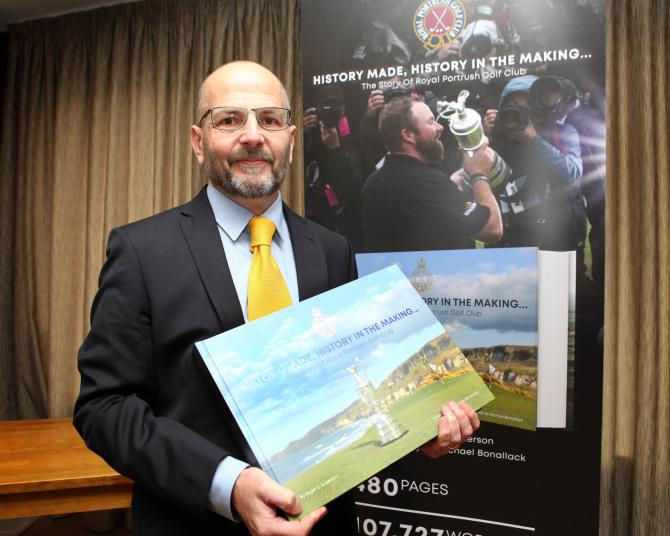 Roger Anderson, author of a new book on the history of Royal Portrush Golf Club.

WITH memories of The 148th Open still fresh in our collective memories, has there ever been a better time to publish a new book on the history of Royal Portrush Golf Club?

Probably not, which is why 'History Made: History in the Making' is proving such a hit within days of publication.

Researched and written by award-winning journalist Roger Anderson, the almost 500 page book looks at not just the history of an illustrious club but also the story behind its success.

A pioneering influence in the sport since its formation in 1888, Royal Portrush has many firsts to its name, including being the first club outside mainland Britain to host The Open back in 1951.

It welcomed the world's finest back to its pristine fairways in July and, fittingly, tales of Shane Lowry's breakthrough win form the final chapter of a tremendous read.

The book received its official launch in the club last week and is already proving popular with members and golf afficiandos around the world.

"Royal Portrush is a very special club and I am just honoured that I got the opportunity to write this book," admitted Roger, a former Sports Journalist of the Year.

"The book's been two years in the making and I just hope the members like the finished product."

Having had a sneak glimpse earlier this year, I have do doubt that members, and anyone with an interest in the history of Portrush and the north coast, will be suitably impressed by the finished article.

For a full report and photographs from the launch, see Tuesday's Chronicle.