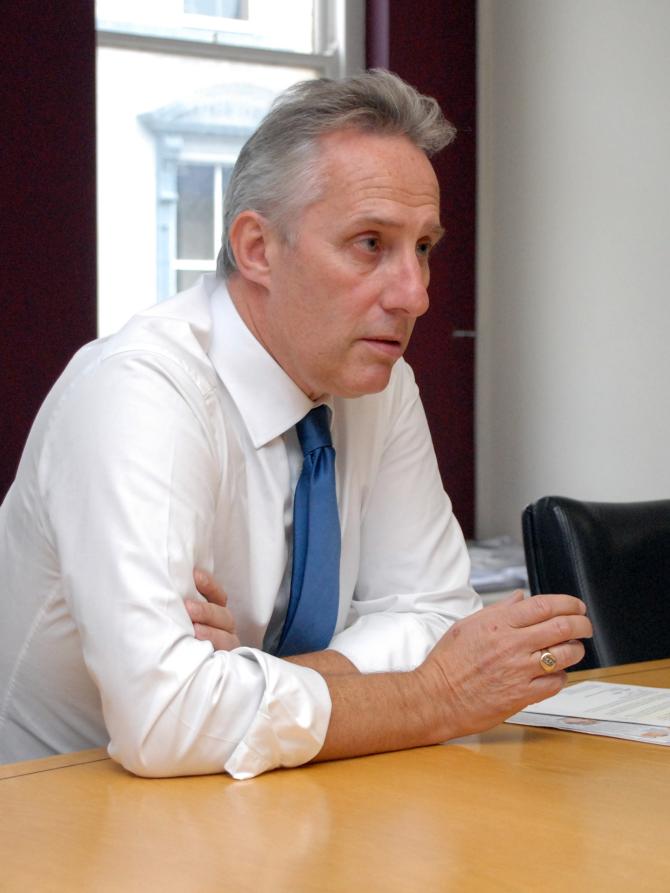 Tonight, (Tuesday) BBC Spotlight will begin a special series on The Troubles, called: 'A Secret History' which will cover events from 1966 to 1972.
The documentary also will explore the rise of Ian Paisley, the late North Antrim MP and Northern Ireland First Minister.
However the first programme is set to raise eyebrows and shock many after a former senior army officer, David Hancock, told the programme Mr Paisley “financed” a UVF bombing in Kilkeel in 1969.
It claims that the blast targeted infrastructure and was blamed on the IRA, but it was part of a loyalist campaign designed to destabilise the Stormont government of Terence O'Neill.
Mr Hancock claims  police had shown him ‘evidence’ that Mr Paisley “had supplied the money which financed the explosion.”
ARCHIVE
The series comprises seven programmes and contains interviews with around 100 people as well as archive never shown before.
The editor of Spotlight, Jeremy Adams, said the series had uncovered “new findings” on the Troubles.
He added: “The past has shaped our present and it's vitally important that truths continue to be told.”
However, Dr Paisley's son, Ian has furiously  criticised the BBC for their portrayal of his father in this way and vehemently denies the allegations made against him.
In a special article to the Chronicle's sister paper, the Guardian, this week, he remains adamant the claim is false, and reveals the Paisley family position on the documentary.
In uncompromising language he accuses the BBC of having an ‘agenda to rewrite Northern Ireland’s history.’
Ian Paisley MP writes -
According to the dictionary scum is a layer of filth that usually sits on top of something.
In fact they give this example -“green scum found on stagnant pools.”
It’s what first came into my head when a local journalist gave me the inside track on the latest self adulating story to emerge from the BBC Spotlight team.
The BBC wanted to do a serious  documentary about the troubles anniversary. But unfortunately our national broadcaster has an agenda.
They do not want to have to lay the blame for the troubles with the IRA. It’s called re-writing history.
The spotlight team has the partial agenda to tell a history that everyone is guilty and both sides are equally responsible.
The problem for the BBC is that no matter how good their work may have been or is, such a discredited and obvious partisan agenda means that all their portfolio of work becomes discredited.
This week’s special and long planned documentary is a real case in point because the BBC wanted to produce such a programme they have tripped over themselves to essentially exaggerate gossip to become evidence.