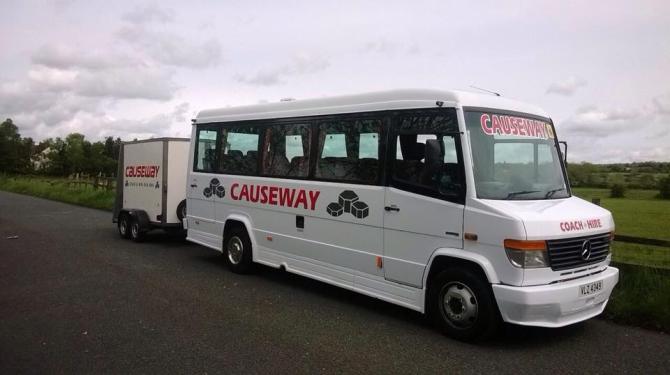 POLICE are appealing for information following a burglary at the premises of Causeway Coach Hire on the Kirk Road of Ballymoney overnight.

The premises of the north side of the bypass, was targeted sometime between 7pm on Wednesday September 4 and 6:45am on Thursday September 5, according to a police spokesperson, who continued:

“It was reported that entry was gained to a property in the area with damage being caused to the property and a sum of money was taken during the incident.”

Speaking on their social media page earlier today a company spokesperson said: “It’s a shame that we have to write this up especially after a VERY HARD few months after the fire.

“But some scummy thieving lowlifes decided to break into our offices last night and help themselves.

“They did a lot of damage which we are also left to pay for and replace, this isn’t just someone’s business they’ve stole from it’s ours and our drivers livelihoods!”

The post concluded by urging other businesses in the area to be vigilant and to “beware.”

The post referred to a serious fire that occurred on the premises on Friday March 29 with upwards of 30 firefighters attending before the blaze was brought under control.

“Enquiries are continuing and we would appeal to anyone who witnessed anything suspicious in the area at the time mentioned to contact police on 101, quoting reference number 251 05/09/19.

“Alternatively, information also can be provided to the independent charity Crimestoppers on 0800 555 111 which is 100% anonymous and gives people the power to speak up and stop crime.”