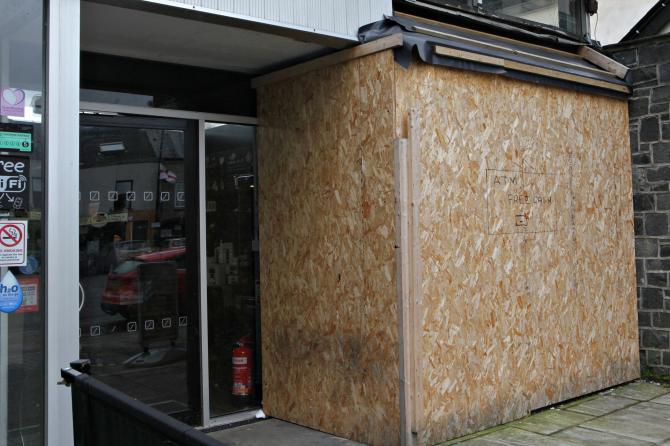 The site of the ATM at Ground Cafe in Bushmills, stolen earlier this year.

CALLS have been made to address the lack of an ATM facility in the Diamond area of Bushmills.
In April of this year, robbers ripped out the bank machine and it has yet to be replaced.
This has now led to residents and visitors being forced to use the ATM's in the local post office or at the top of the North Coast resort.
Almost five months have passed since the ATM raid, and local residents and business owners are wanting a resolution to the problem.
Geoffrey McKillop, who owns several establishments in the village, wrote the following message on social media.
“For it to have sat like this throughout the tourist season is a disgrace,” he continued.
“If this had of been anywhere else on the North Coast, i.e. Portstewart, Portrush or Ballycastle it would have been fixed immediately."