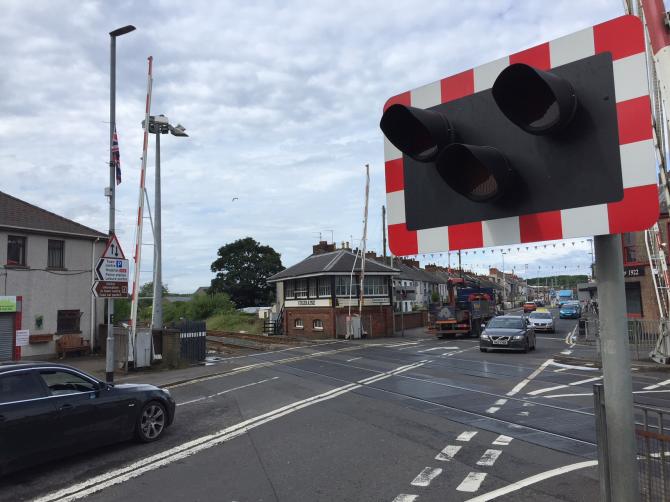 THE comments were made as Translink announced additional train services to Portrush and Coleraine for the Open golf tournament being held on 14th July – 21st July. The reminder comes in advance of Farm Safety week.

UFU president, Ivor Ferguson said, “One of our consistent messages to farmers and their families is to think FARM SAFE and make safety a priority in all farm business activities. So it is fitting that our ‘think safe’ message extends to rail crossings.

“We are aware that Translink are running more trains in the early morning and throughout the day to facilitate the large crowds coming for the Open Championship. I would encourage anyone using a level crossing to not take risks and follow the safety instructions.”

Mr Ferguson added that while more frequent trains may cause some disruption to farming activities it was worth it to see the Open return to Northern Ireland. “This is a great opportunity to showcase all the good things about Northern Ireland – including our top-quality food and beautiful countryside. The world will be watching next week and I’m sure Northern Ireland will not disappoint,” he said.