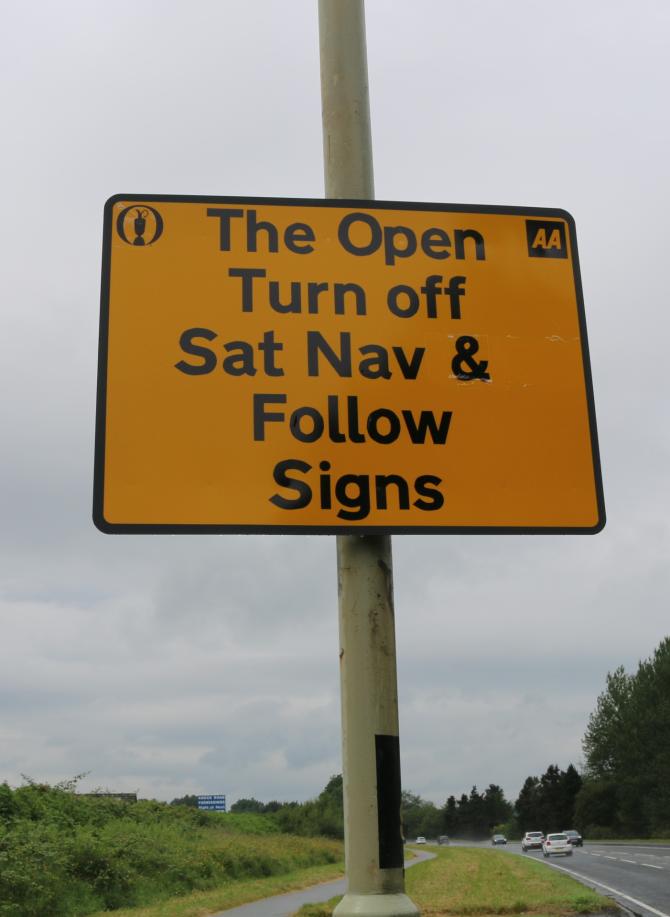 THE AA has amended the error on their advisory yellow signage on Ballymoney bypass and other major roads directing people to the much anticipated golf Open in Portrush.

Soon after the temporary signage went up in the middle of last week the apostrophe police were quickly on the ball questioning whether 'Sat Nav's' was grammatically correct on the sign which read: The Open Turn of Sat Nav's & Follow Signs.

The Chronicle approached the AA on this most vexed of issues and are now glad to report that they, true to their word, have had the signs amended.

Commenting, Jack Cousens, head caddie at the AA, said: "Rather than a hole in one, we've found ourselves in a bunker as deep as Big Nellie over this. Golfers (and their drivers) on the 'fairway' to The Open can rest assured they'll find their way to the first tee if they follow the yellow signs."
Wouldn't it be great if all organisations and public bodies responded to issues so quickly.