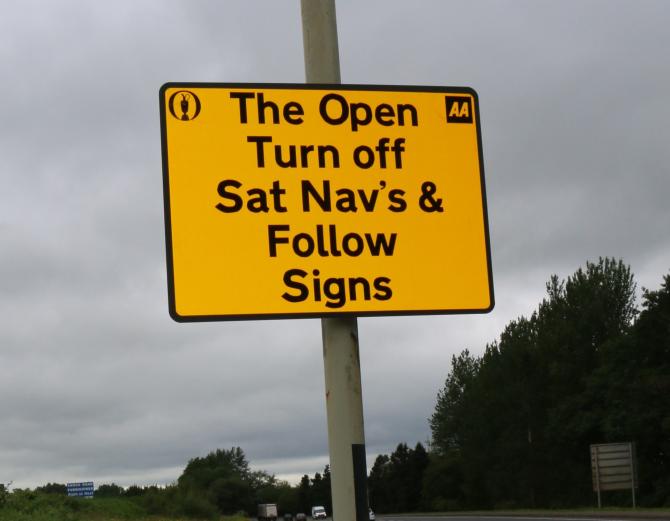 IT HAS been claimed that an apostrophe catastrophe has just appeared on Ballymoney bypass in the form of newly erected temporary AA signage that will guide people safely to the hugely anticipated Open golf championships.

The apostrophe police were quickly on the ball scrutinizing the sign which reads: The Open Turn off Sat Nav's & Follow Signs.

'Sat Nav's' has become the object of contention, with some claiming that the – 's – is an abbreviation, others have said that it's just plain wrong.

That it should correctly and simply read Sat Nav or perhaps Sat Navs.

We have contacted the AA and await their response.

Meantime any grammar gurus with truth or wisdom to impart on this vexed issue, please do so!