‘An unbelievable act of kindness’ 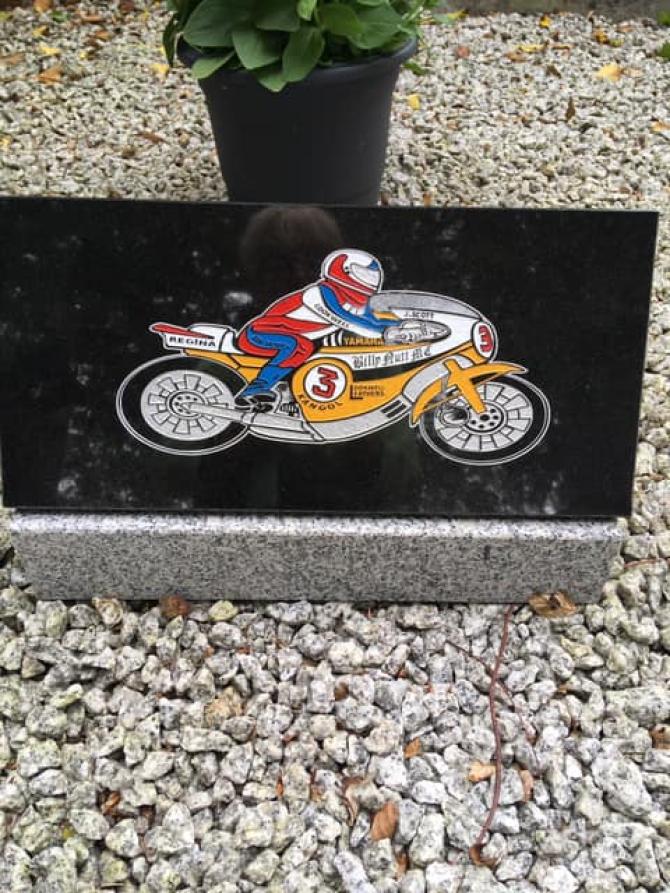 The new plaque of Jim Scott which was generously replaced by Ivor Murdock & Sons. SPB25-32.

A WIDOW has spoken of her immense gratitude after a graveside plaque in memory of her husband has been replaced.
As previously reported in The Chronicle, a marble memorial of Jim Scott, a much-loved North West 200 rider had disappeared from his final resting place prior to this year’s road race along the North Coast.
Motorcycling fanatic Jim, who died just over two years ago at the age of 77, took part in the North West 200 in the 1970s, and was crowned Ulster and Irish Champion.
However, thanks to the generosity of Ivan Murdock and Sons, the plaque was replaced two years to the day Jim sadly lost his life (last Thursday, June 13).

*For full story see this week's Chronicle in shops now.