Bonfires set to clean up their act? 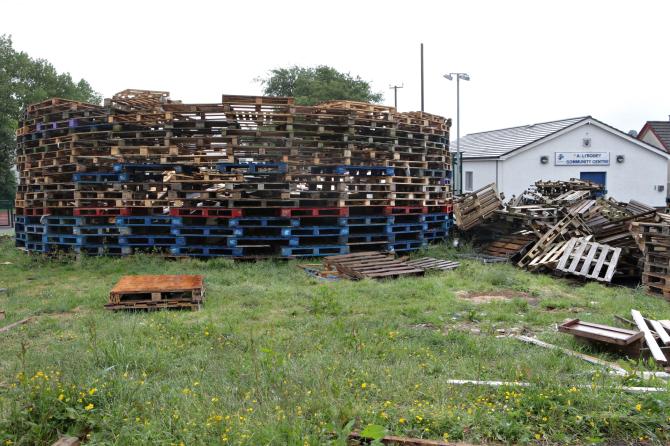 The bonfire site in Ballybogey last year after 300 tyres were removed in exchange for wood is part of the pilot scheme. WK25KC20.

THE debate surrounding Eleventh Night bonfires has sparked mixed emotions within communities for many years.

But, thanks to a new  initiative, the approach to bonfires looks set to change within the local area.

Last year, measures were put in place  to tackle the problem of pollutants and tyres being burnt in the fires. Ballybogey Bonfire Site was part of the pilot scheme  and, due to the high level of success achieved by the clean-up, the  idea is set to be rolled out across other areas of North Antrim this year with Dervock, Finvoy and Ballymoney coming onboard.

The aim is to burn 'clean' bonfires which means that wood is the only material which is acceptable to burn during the celebrations prior to the Twelfth.

The AIMS project in Ballymoney has been working closely with Bonfire Builders to ensure that buy into this new approach which will ultimately help to preserve culture.

AIMS stands for Advocacy, Inclusion, Mitigation from violence and Support and they aspire to help highlight that work is being undertaken to help tackle the well documented problem of pollutants being burnt on the Eleventh Night.

Their project aims to promote co-operation and better community relationships to ensure a safer living environment for future generations and an inclusive celebration.

DUP Councillor George Duddy has been closely involved with the campaign, playing an instrumental part in the clean-up exercise at the Ballybogey bonfire site last year which saw 300 tyres being removed prior to the bonfire being lit. With Bonfire Building already underway in many places, the former Mayor told the Chronicle that the project has been “well received” so far.

“There have been areas of North Antrim which have raised some concerns in recent years and the idea is to take small steps which will aim to improve these problems,” he said.