Ninety years of nostalgia for Ian 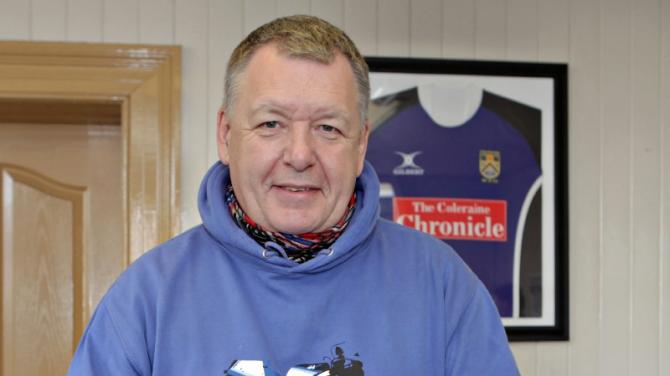 Limavady man Ian Foster is currently collating a book which will look back at the history of the North West 200 and has vowed to donate all the money raised from the sales of the book to charity.

The road racing spectacular will celebrate its 90th anniversary in just over three months time. Ian's book is set to look back at some of the thrills and spills of the event over the years, documenting some of the most iconic race wins as well as some hidden features that road racing fans may not be aware of.

In fact, the book, which will be called 'North West 200 Road and Race', will also look back at some local people who were involved in the event through the war years as well as enthusiasts from the local community who have a genuine love for motorcycling as well as a general overview of bygone years.

“This book is about documenting the history of the event because it is fine posting things online but we never quite know what will happen in years to come so a hard copy means we will always have something to turn to – it will be there forever,” Ian told the Chronicle.

In order to complete the finer details of the book Ian has urged anyone with old photographs at the event or an interest in motorcycling to come forward as he strives to make the finishing touches to 'North West 200 Road and Race'. You can contact Ian via email: www.ian@netvigator.com.