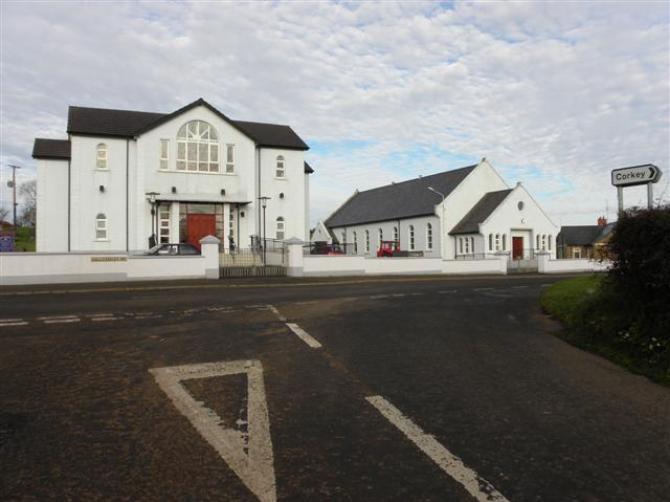 SUNDAY night's break in at Ballyweaney Presbyterian Church, near Cloughmills, resulting in the theft of a safe containing historical documents going back 150 years has been described as 'absolutely appalling'.

The vile thieves also stole Girls Brigade money and youth equipment from the church hall in the same incident.

Rev Henderson said: “Ballyweaney Presbyterian Church and church hall were broken into at some point between 9pm on Sunday 21 October and 7am on Monday 22 October. Numerous items were taken from the church hall including equipment belonging to youth club and a small amount of money belonging to GB.

“Windows and doors were broken by the thieves in order to gain access. In the church building a side door was forced open and the church's document safe was stolen. The safe contained information and minute books dating back over 150 years to the time that the congregation was formed. The safe did not contain money. The PSNI are investigating the theft.

“It is our hope that the contents of the safe will be found, returned, or recovered, as they have no monetary value but are of enormous significance for the congregation. We appeal to anyone with information that might help to contact the PSNI.”

Cloughmills Alderman John Finlay blasted the culprits saying: “I am absolutely appalled that people would break into a church on a Sunday and take away items.

“To take money from the GB is despicable. They took a safe probably because they thought there was money in it, but it contains records and documents like the baptismal records going back 150 years. This is a great loss to the church and to people who might be researching their ancestry.”

“To rob anyone is despicable, but to go into a church and desecrate the Lord's house is beyond belief.”