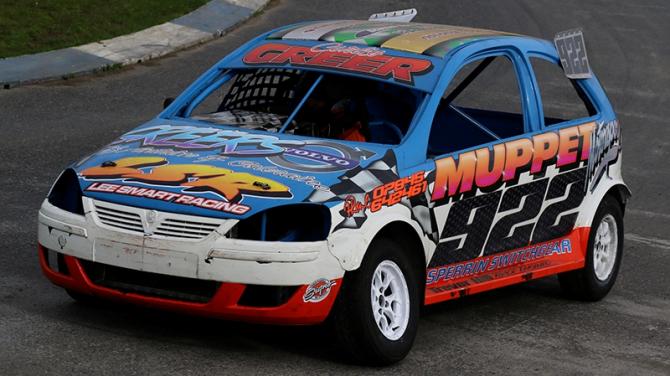 BEDFORDSHIRE’S Dean O'Dell will make the long trek to Aghadowey Oval this Saturday to defend his European Stock Rod Championship.

but he will face some stiff opposition from a star studded field of over 40 entrants.

O'Dell won the European title at Lochgelly in Scotland a year ago, and doesn't intend giving up the title without a fight.

Heading the local challenge is National and Irish Champion Curtis Greer from Cullybackey.

Curtis has had a quiet start to 2019, but has looked back to his best in recent outings and he will be keen to capture European glory.

British Champion Shane McMillan from Kells is sure to be another frontrunner, having won the William Cooke Memorial Trophy at Aghadowey on May Day.

Many of the visiting drivers have sampled the Aghadowey circuit already this season, when the Alan Connolly Memorial Trophy was staged at Easter.

On that occasion Ballymena's experienced Victor McAfee took the honours and he will surely go close once again.

Victor celebrates 40 years of oval racing this season, and what a fitting win it would be if he could land the European title.

Kells' Derek McMillan, brother of Shane, is a former European Champion and will be aiming to regain the title, whilst other local challengers include Marc Morrell from Ahoghill, Craigywarren's Micky McFall, Antrim's Stephen McCready and Enniskillen ace Stevie McNiece.

Former European Champion Chirs Lattka from Falkirk in Scotland will also be in action.

Support action comes from the 2.0 Hot Rods who will have Scottish visitors Jim Pitcaithly and Trevor Calvin on the grid, plus 1300 Stock Cars and Thunder Rods. Racing commences in the S McAfee & Son, Ballymena sponsored event at 6pm.