'Fastest newcomer' in a rush to get back to NW200 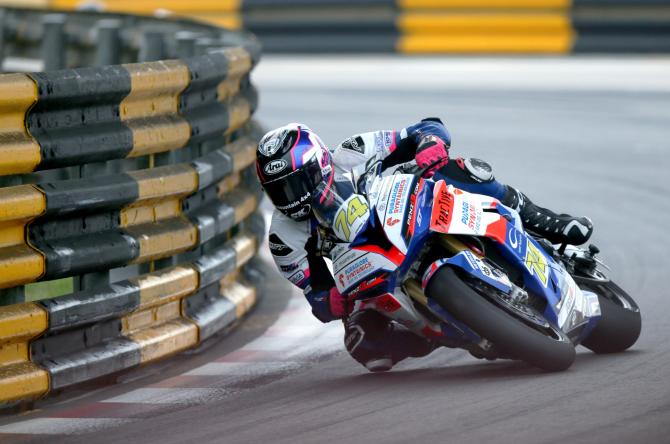 LAST year's fastest newcomer, Davey Todd, aims to close the gap on the NW200 frontrunners after signing with the Penz13 BMW Motorrad squad for this year's reprisal.

The Englishman claimed a brace of 12th and 13th place finishes in 2018 but believes the S10000RR BMW might give him the power to break into the top ten.

"I am very excited to return to the North West after being the fastest newcomer last year and I aim to continue closing the gap to the regular front-runners," said Todd.

"The BMW power might provide the little edge required on those long straights and I can't wait to get back out there," he added.

The talented 23-year-old will be joined in the German team by fellow Englishman Daley Mathison and Finnish newcomer Erno Kosamo with the trio competing in the Superstock and Superbike races.

"After missing last year's event I am excited to get back," said Mathison, who will compete alongside his team-mates in the International Road Racing Championship in the Netherlands the weekend prior to the North West.

"I hope having track time on the fast and narrow Hengelo circuit in the days before coming to Portrush will help me to target some decent top ten results."

For newcomer, Erno Kosamo, his debut on the north coast is a dream come true.

"I usually like the very fast and open tracks and the North West seems very similar to my home track in Imatra," he said.

"It is an event I have always wanted to race in and I am delighted that the Penz13 team have given me this opportunity.”

Team principal Rico Penzkofer, a former competitor himself, believes he has a strong line-up at his disposal.

"It will be a very challenging task with half of the team at Hengelo and the other half in Slovakia just two days before the first North West practice session," he conceded.

"But it’s great to be back at the North West 200 for the 90th anniversary as it was my first international road race when we founded the team back in 2008.”

NW200 Event Director Mervyn Whyte, meanwhiule, admits it is great to have the German team back on the grid.

"Rico and his team have proven they can run with and beat the best in international road racing and world endurance competition," said Mervyn.

The 2019 fonaCab International North West 200 in association with Nicholl Oils take place between May 12-18.