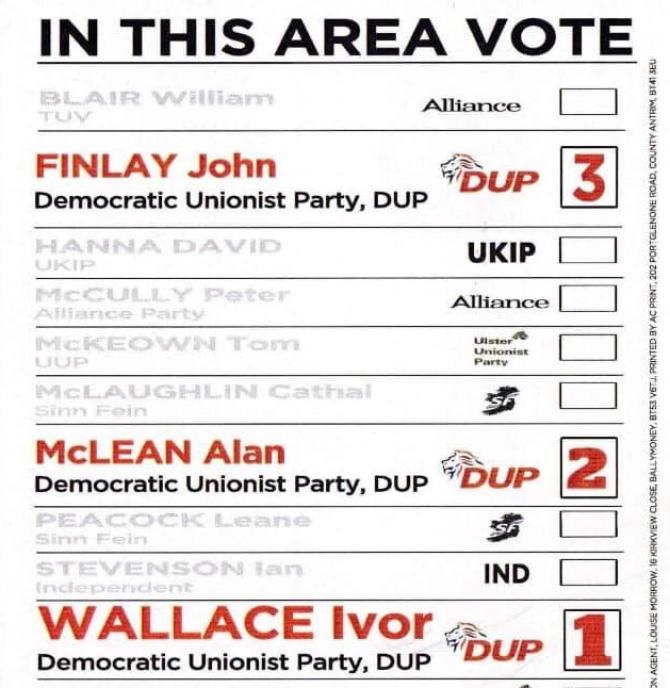 The ambiguous DUP mock ballot, both indicating Mr William Blair’s correct TUV designation, but also that he was an Alliance candidate. SPB20-12

POLICE have ended their probe over a mock ballot paper by the DUP which listed a TUV rival as an Alliance candidate.

Former TUV Causeway Coast and Glens Borough Councillor William Blair, who narrowly lost his seat by around four votes in the council elections, called for a police investigation into a DUP mock ballot paper which described him as an Alliance candidate.

The mock ballot, encouraging voters to back three DUP candidates in last year's council elections, was distributed at some polling stations in the Ballymoney area.

However DUP Cllr Ivor Wallace, who was the Vote 1 candidate on the mock ballot, said that it was a genuine mistake by the printer, with Alliance being marked out immediately the mistake was pointed out.