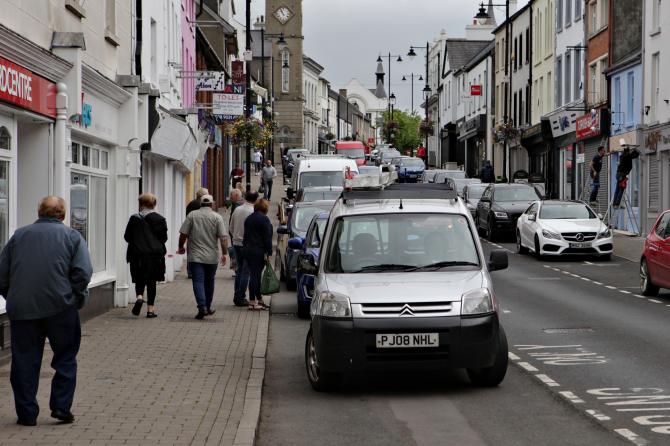 More people on Main St in Ballymoney with most outlets allowed to open. WK25KC21BM.

THE President of the Ballymoney Chamber of Commerce has encouraged members of the public to support their local shops and businesses.

There was relief late last week as non-essential stores were allowed to open for the first time since lockdown measures were put in place due to the COVID-19 outbreak.

Speaking to The Chronicle, President Winifred Mellett, hopes that shoppers will come out in force to support local businesses as they begin to re-open their doors.

“Since the shops have been open, it has had a peculiar feeling as people are in and out shops quite quickly,” she said.

“There have been a steady number of people about and at times it has also been quiet.

“I believe shops and stores will get busier once confidence increases by members of the public. For example, Jonathan Gault has used an appointment system for school uniforms and it has worked well.