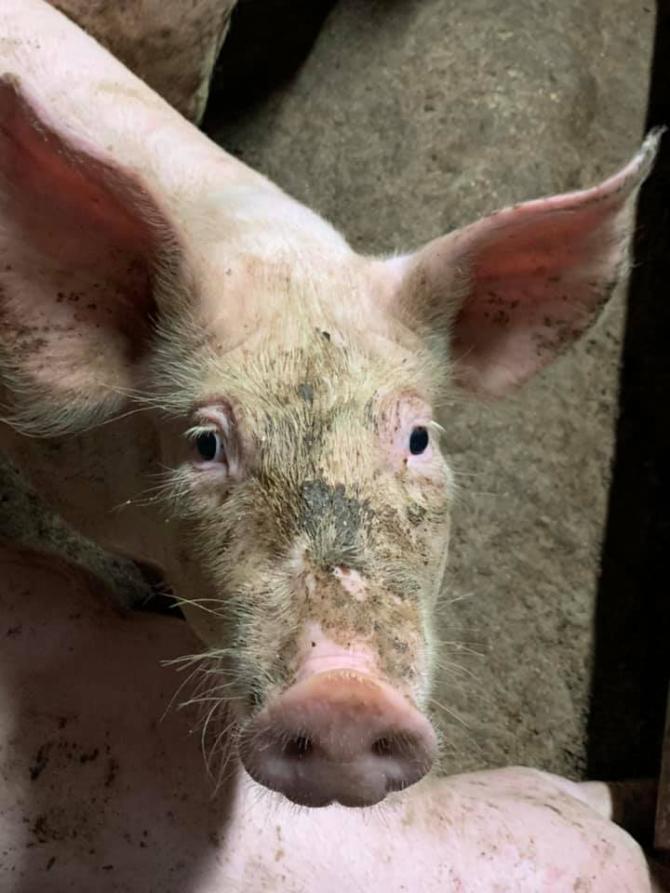 AN investigation is underway after a group of environmental activists protested at a farm in Cloughmills in the early hours of Tuesday morning.

The group who label themselves as ‘Meat the Victims’ shared videos and pictures of the protest and uploaded them on Facebook.

After complaining about the conditions at the farm, the animal rights activists later claimed to have 'negotiated' the release of a pig, which it later called Connor.

A spokesman for the Department of Agriculture, Environment and Rural Affairs (DAERA) said that investigators had attended the farm following the protest.

"DAERA is aware of an incident during the early morning of Tuesday January 14 on a pig farm in County Antrim," a spokesman said.

"DAERA inspectors followed up on the incident today and are currently investigating.

"The department is responsible under the Welfare of Animals Act (NI) 2011 in respect of farmed animals."

A statement from the PSNI read: "Enquiries into the incident are ongoing and police continue to work with partner agencies to establish if any criminal offences have occurred."

A spokesman for the farm said there had been no fighting and the animals had been distressed by the entrance of the protesters.