A remarkable road trip to Africa 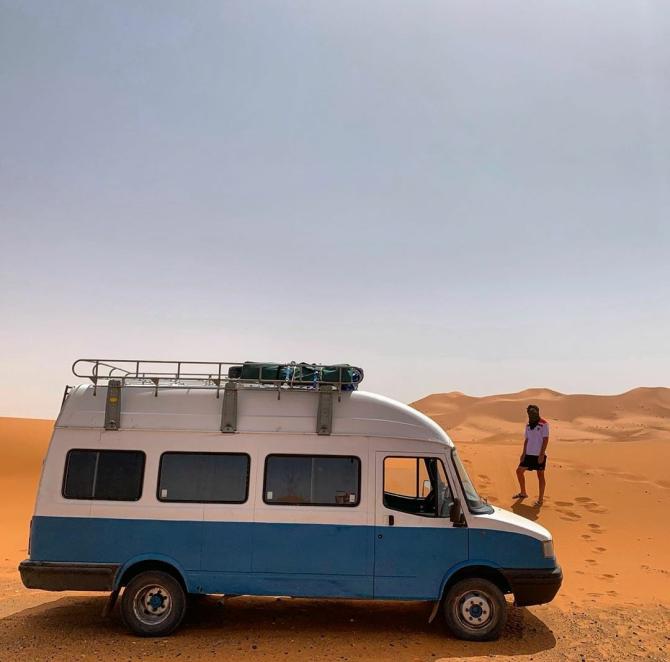 A quintet of local men converted this old school bus into a camper van and travelled from Ballymoney to Morocco.

BALLYMONEY to Morocco isn't exactly your everyday trip down the road in a camper van.

However, for a quintet of local men, it was exactly that as they made the journey from Northern Ireland to Northern Africa via several pit-stops in mainland Europe.

James Blakely, Matthew Steele, David McKeeman, Matthew Pollock and Chris Nevin all made lifelong memories as they renovated an old school bus into a motorhome and set sail.

They left Ballymoney on June 11 and reached Morocco 12 days later after visiting Paris, Amsterdam, Madrid and Brussels along the way.

Upon returning home, they donated a cheque worth £1,800 to the Causeway Down’s Syndrome Support Group after their journey proved popular on social media.

Speaking to The Chronicle, the group explained how their unusual summer holiday came about.

“We all took bikes and travelled around Vietnam two years ago with a few other guys and we thoroughly enjoyed it,” Matthew said.

“The five of us then wondered what we could do next to better that experience.

“We looked at participating in the Mongol Rally, where you buy a car under 1 litre and drive from Europe to Russia.

“However, we decided to buy a camper van, renovate it and travel from Ballymoney to Morocco.

He continued: “We hadn't planned on just going straight to Africa.

“We wanted to drive and see other countries, we went from Larne to Stranraer, down to Dover and then took the ferry to Calais.