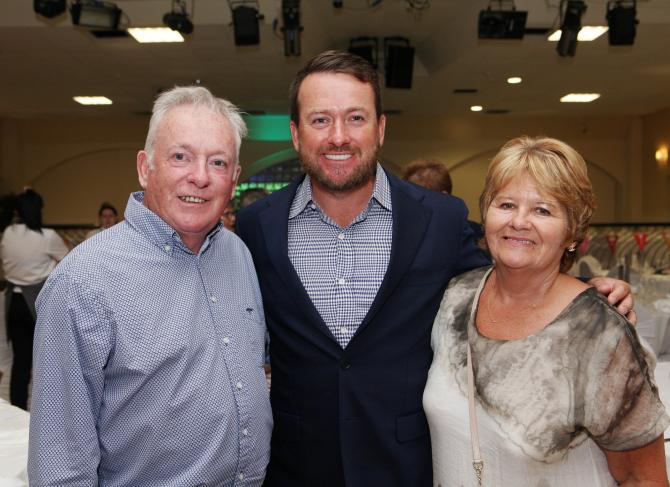 Graeme McDowell with his mum and dad Ken and Marian pictured during his Charity Champagne breakfast in aid of the RNLI held at the Magherabouy Hotel. WK29-115TM

IF he wins The Open this weekend, Graeme McDowell will tour every pub in town with the Claret Jug in tow – and everyone’s invited.

The Portrush native was answering questions at a champagne breakfast on Monday in aid of the RNLI when he made the promise.

Asked which bar he'd choose to celebrate victory, he replied: “I'll go to them all!

“If I win on Sunday night the Claret Jug will be in many establishments in Portrush, probably for the next couple of days.
“And everyone is invited.”

However, to get in contention, McDowell will first have to get fully focused on golf.

With so much buzz surrounding The Open Championship's return to Portrush after an absence of seven decades, he admitted he may find it hard to concentrate on golf.

“It's going to be difficult,” he admitted. “Half of me will want to enjoy it and smell the roses and the other half of me is going to want to keep my head down and play some golf.

“But to be here late on Sunday - that's the goal, and it really will be a special weekend.”