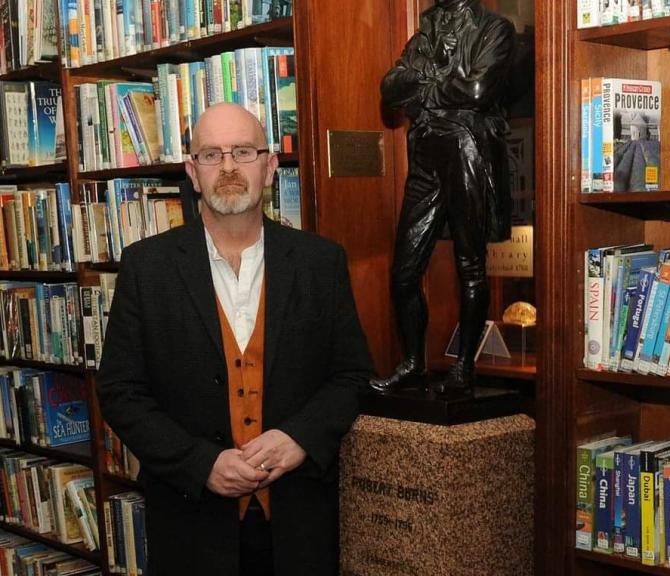 Gary Blair hopes to go to print with stories based on the "tall-yarns" of Ulster's storytelling past. SPB29-14.

A LOCAL storyteller is hoping to inspire a new generation of readers by publishing a collection of short stories.

Gary Blair, who hails from Bendooragh, hopes to go to print with stories based on the "tall-yarns" of Ulster's storytelling past.

Speaking to The Chronicle, Gary explains how storytelling played a major role in his life growing up.

“I've written and listened to short stories for a long time,” he said.

“When I grew up in the 1970's there were only three TV channels and not the multiple options that we have today.

“My grandfather and his friends used to meet at our house and they had to entertain themselves and their guests.

“Therefore, it was normal to tell harmless yarns and make-up stories, and to be honest it became a social tradition in both urban and rural communities.

“I have compiled a rake of short stories similar to the yarns told by so many in our towns and villages, in wee kitchens, cramped living rooms, at village crossroads and everywhere.”

Gary revealed that his stories and the characters within them are based on true events.

“I always remember the funny stories from yarns growing up as I had no internet and multimedia TV at that time,” he added.

“Most of the stories are based on facts but I spin them to make them funny and believable.

“The characters in my stories have a special touch and based on somebody that I know, whereas the personal feel with a character is sometimes lost on TV.

“I love embellishing stories and telling yarns to my children, other children and I get a real joy out of it.