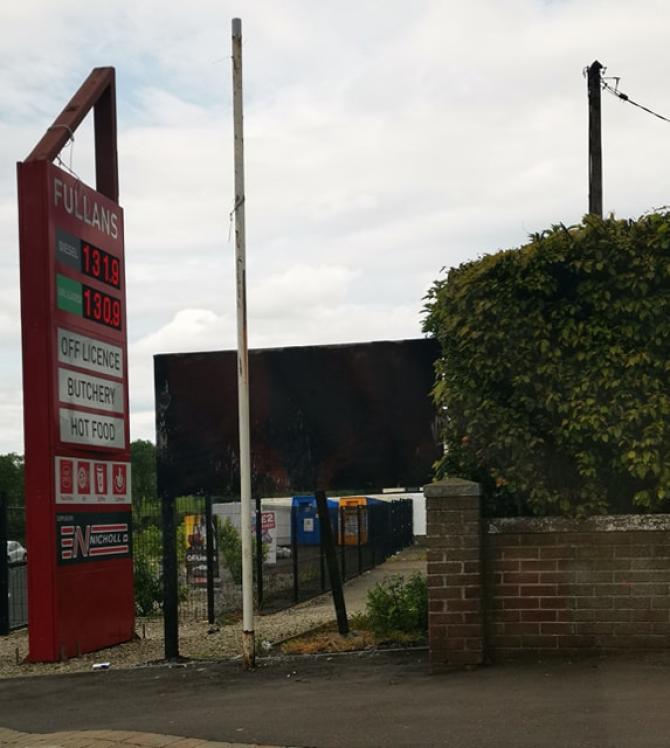 The large political poster board blackened and charred after the arson attack in the early hours of last Friday morning.

POLICE are treating a suspected arson attack on a political poster board on Rasharkin Main Street in the early hours of last Friday morning as a hate crime.

Sinn Féin Cllr Leanne Peacock has condemned the culprits saying she had been “horrified” to hear that the sign, adjacent to a petrol pump sign, had been set alight in the heart the village in the early hours.

The poster, supporting a united Ireland, was totally destroyed and the wooden legs and board it was mounted were charred black.

Miss Peacock said: "This fire was set extremely close to homes and businesses, residents including young children were woken from their beds terrified in the middle of the night."

"This was a mindless and disgraceful act that could have resulted in the destruction of so much more property and put the lives of those living nearby at risk.

"I totally condemn such senseless actions and thank the Fire Service for their speedy response which helped to ensure that homes, businesses and residents were kept safe."