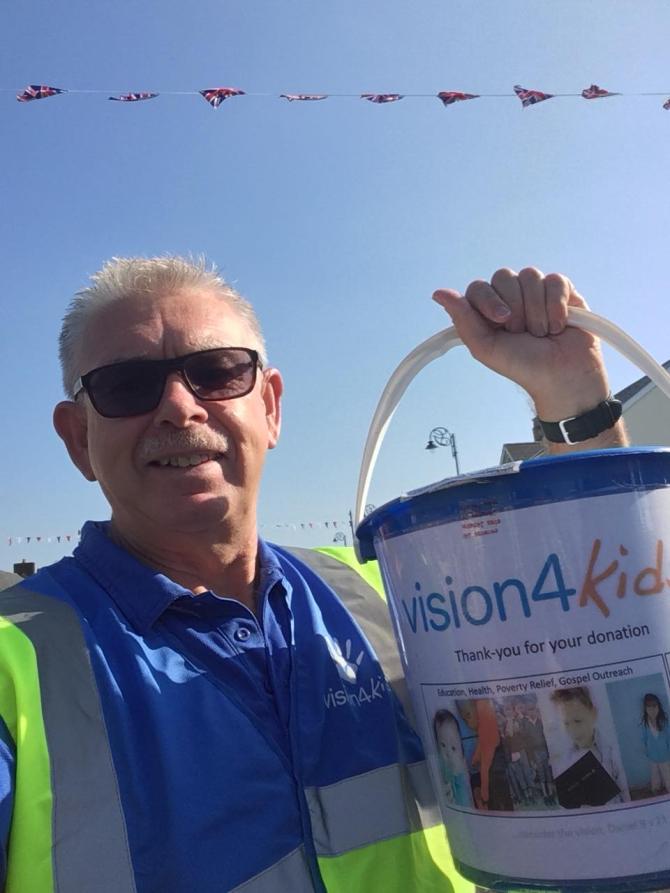 vision4kids Chairman Irwin Holmes is to receive a British Empire Medal (BEM) after being recognised for his years of fundraising in the Queen's Birthday Honours. SPB24-15.

BALLYMONEY man Irwin Holmes  is to be recognised for his years of fundraising after being awarded with a British Empire Medal in the recent Queen’s Birthday Honours.

Irwin, who now lives in Kilrea, has fundraised for more than three decades and has helped generate more than £250,000 for worthy causes around the world.

His efforts have also been closer to home as Irwin has been involved with community fundraisers across Ballymoney and the surrounding areas.

Irwin is the current Chairman of the Christian based vision4kids charity, which has a vision of helping children and young people around the world wherever there is a need to improve the quality of life.

Since helping establish vision4kids, Irwin has helped raise over £250,000 for worthy causes around the world from Northern Ireland, Nepal, Romania, Philippines, India, Brazil, to current outreach projects in Kenya.

Irwin has visited Kenya several times to help practically with building work, school repairs, Bible distribution and visitation of the poor in Kiambururu village.  Last summer he led a mission team who dug the foundations for the new school classroom and each afternoon held Bible lessons for the local children.

A spokesperson for vision4kids said: “We are delighted that our Chairman Mr Irwin Holmes has been recognised for his years of volunteering by being awarded the British Empire Medal in the Queen’s Birthday Honours.