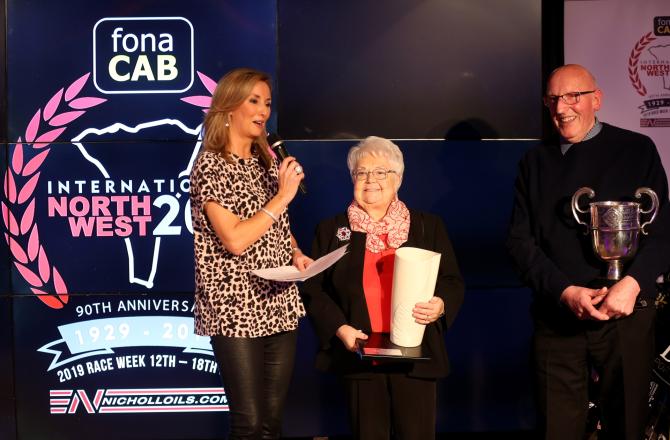 Valerie and John Crichton receive some recognition at the launch of the International North West 200 earlier this year. SPB24-16.

NEWS has emerged recently that Valerie Crichton, the voice of road racing, has been included in the Queen's Birthday Honours List.

Valerie is set to receive a British Empire Medal for services to Road Racing in Northern Ireland. Valerie and her husband John play an instrumental role at National and International road races, including the North West 200, Ulster Grand Prix and Armoy, as well as many short-circuit meetings. The dynamic duo helps make up 'Race Control' which controls a lot of finer details behind the scenes that go unnoticed. Valerie and her husband John are responsible for communications with race officials and medical personnel, to name a few and the 70-year-old says that she was “shocked” by the news but admitted that she is also “delighted” to be receiving such a prestigious accolade.

“I was obviously delighted but I was surprised at the same time,” Valerie told the Chronicle.

“My husband and daughter just bounced the news on me but it really is a special honour,” she admitted.

“Race Control is a real team effort between John and I,” she said. “We met back when I was 16-years-old and at that time John started working with 'comms' and I became involved with the North West 200 around 35 years ago.

“I remember the days when my father used to take me down to the North West when I was young, it was all freebies back then, nobody wanted to pay but the sport has changed so much over the years,” she said.