‘No place for such careless acts’ 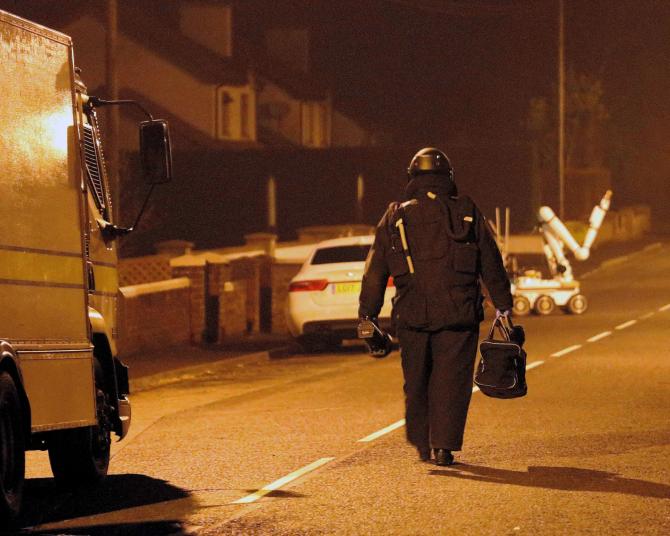 The scene at Rasharkin village where two properties were targeted with pipe bombs. The area was evacuated while the devices were dealt with. SPB17-06.

In the early hours of Tuesday, April 16, a number of homes were evacuated while police carried out investigations after two viable pipe bomb devices were recovered from the Moneyleck Park area in the village.

One device was located on the windowsill outside one property while the second was thrown through a front window.

Sinn Féin MLA Philip McGuigan condemned those responsible for the security alert in the village as residents had to leave their homes.

“I’m relieved that no one has been hurt and these lethal weapons have now being taken off the streets."

Local Sinn Féin council candidate Leanne Peacock was at the scene last Tuesday night and heaped praise on the local Parish Centre for opening its doors to those who had been evacuated.

Miss Peacock said, "I stood with residents in Rasharkin into the early hours of the morning due to the presence of explosive devices in the area.

“There is no place for such careless acts in this society. People were scared and shaken up having been risen from their beds by Police with news of a device nearby. There is no place for the presence of explosives in the same environment as our children, our elderly and our community.