Lowry home to a heroes welcome 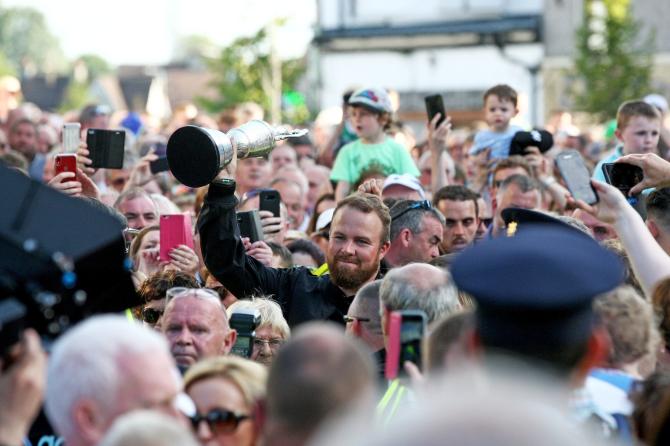 Given the celebrations surrounding his breakthrough major win at Royal Portrush just a few days ago, it shouldn't come as a complete surprise.

The big Offaly man has certainly enjoyed his success in The 148th Open, social media ablaze with videos of Lowry and friends making the most of his unexpected victory.

And on Tuesday the new Champion Golfer was back in his hometown of Clara where he was feted by thousands of well-wishers, as well as family and friends.

Lowry, who has moved up to a career high 17th in the world rankings, wore his by now traditional beaming smile as he made his way through the streets to a reception in the town's green.

The 32-year-old Irishman admitted that the previous couple of days had been 'surreal,' and that he couldn't believe how lucky he was.

He is now targeting more majors and a crack at the Olympics in Tokyo next summer.

But whatever happens, the last week is one that will live long in the memory - for Shane and everyone on this island.