Tiger feat good for The Open 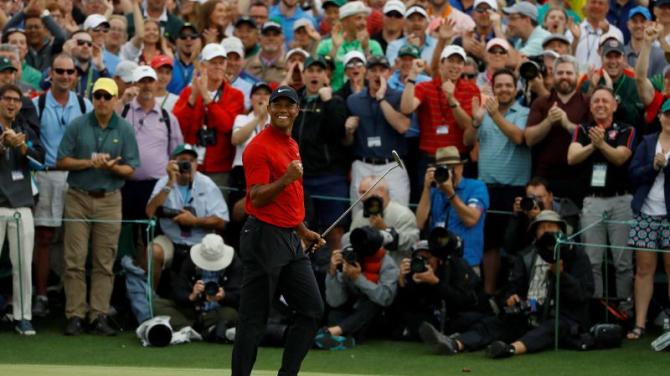 THE man charged with overseeing the return of The Open to Royal Portrush this summer admits Tiger Woods’ weekend victory at The Masters is ‘a story beyond our expectations’.

John Bamber, chairman of Royal Portrush Golf Club’s Open Championship Organising Commitee, admits he always hoped Tiger would be fit enough to compete but now believes he will start as favourite given the manner of his performance in Augusta.

Woods, not so long ago ranked outside the world’s top 1,000 golfers despite a stellar career in which he won 14 majors, defied convention to claim a fifth green jacket and complete what many are calling ‘the greatest comeback in sport.’

And, it’s not entirely inconceivable that he will have Jack Nicklaus’ record of 18 major wins firmly in his sights when he tees it up in Portrush in just three months’ time.

With the next two majors - the PGA and The US Open - taking place at courses on which Woods has won previously, organisers of The 148th Open are understandably excited at the prospect.

“We keep thinking that the story can’t get any better but then it continues to exceed our expectations,” John admitted to Chronicle Sport on Monday."