Countdown to The Open begins 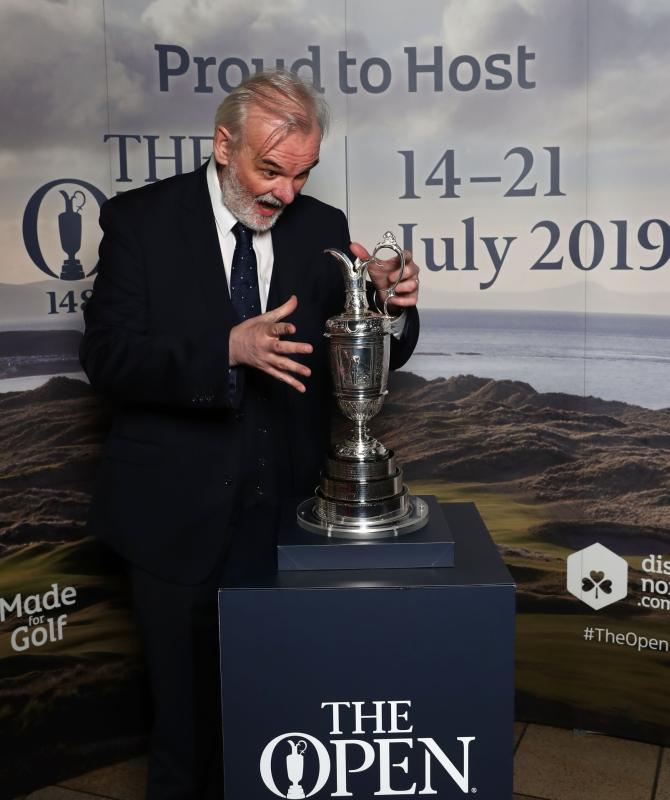 Comedian Tim McGarry gets up close and personal with the Claret Jug during the official launch of The 148th Open at the Titanic building in Belfast.

AROUND 350 guests from the worlds of sport, entertainment and business have helped to officially launch the countdown to The 148th Open which takes place in Portrush later this year.

They heard from a number of speakers, including the chairman of Tourism NI, Terence Brannigan, and Martrin Slumbers, the chief executive of the R&A.

They took part in an entertaining Q&A alongside veteran BBC golf commentator Peter Allis, who actually played the previous time The Golf was held in Portrush in 1951.

"This July, 190,000 visitors from across the globe will leave a legacy which will benefit Northern Ireland for years to come," said Terence Brannigan.

"It will also help to underscore our reputation as a premier destination for international events," he added.

For a full report and pics from the event, see The Chronicle.