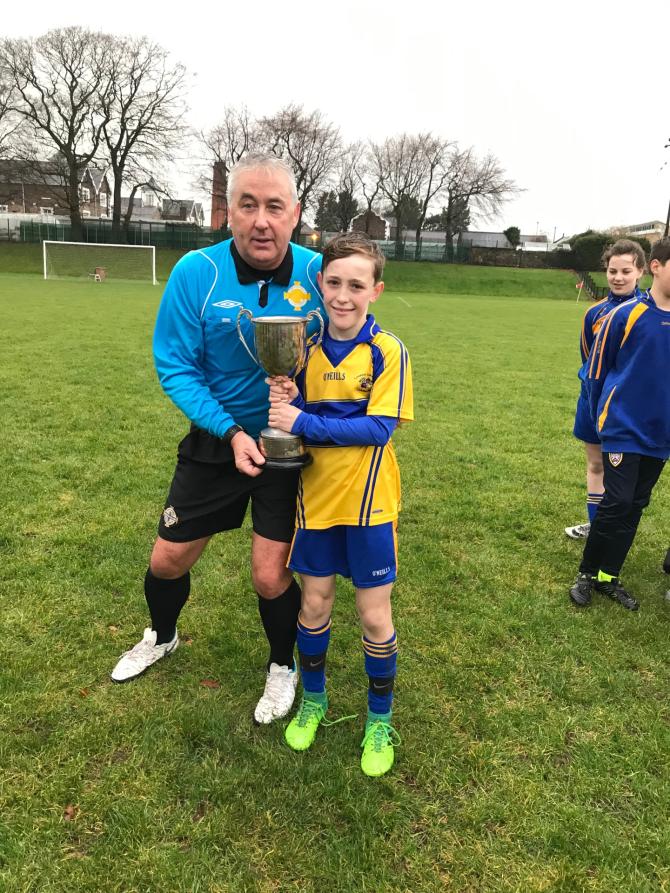 IT'S been a week to remember on the sporting front for Loreto College Coleraine.

The school's Year 8 soccer team completed a remarkable hat-trick of victories in the Coleraine and District League with a hard-fought win over Limavady High School.

Two goals from skipper Senan Devine helped the Coleraine school to a 3-2 win over the Roesiders to maintain the school's enviable record in the competition.

Meanwhile, Year 13 student Leo Passmore has been honoured with a Senior Hurling All Star award by the Ulster Schools GAA Association.

Leo, a member of the Eoghan Rua Coleraine club, was named goalkeeper on the team which recognises the finest schools players across the province.

He was presented with his award at a special ceremony on Monday.

Full details in this week's Chronicle.